When I first got back into knitting a couple of years ago, I tried to make as many Christmas presents as possible. Since I had no life that Winter, I managed to make 2 scarves (which you can see here) and 2 cushions, both of which were stripy and used mostly the same wool (partly to save money) but with one or two differences (you can see the other cushion here). This round cushion was for my friend Chloe as she likes red circles. I won’t type out the entire pattern as you can find it here and I’m pretty sure it would be a breach of copyright or something.

When I was knitting the back of this cushion, I seemed to forget how to do purling so the back was done in garter stitch and not stocking stitch as it was meant to be. 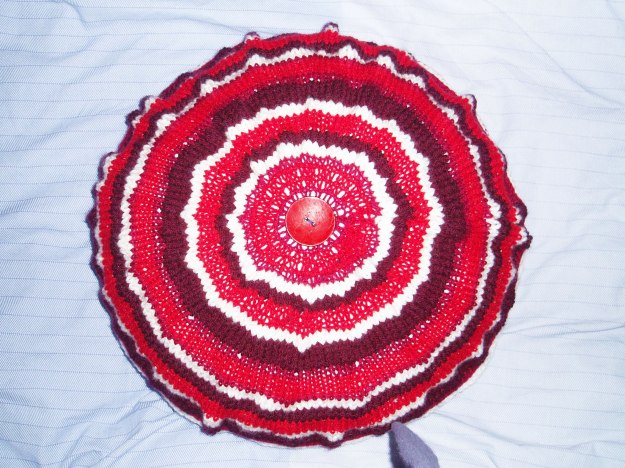 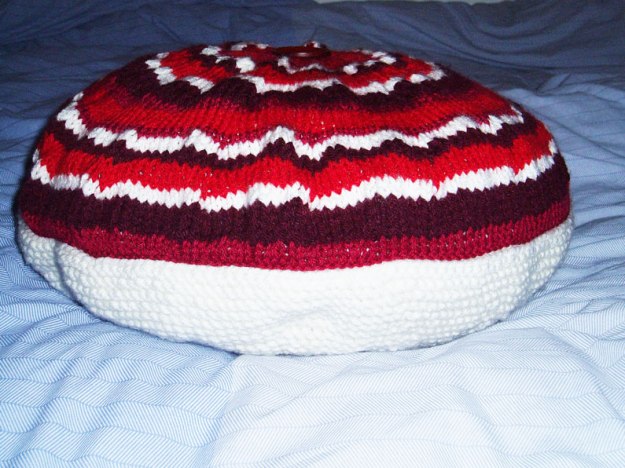 The back, with a big red button in the middle.

Tip: I used this pattern again to make a rug for my sister and since they hole in the middle of each side of the cushion was quite big, instead of casting on 14 stitches, I cast on 8 stitches and did the first row twice to get up to the right number of stitches.

Tip 2: I waited until I had made both sides of the cushion until I ordered the cushion pad to go inside it as I seem to never be able to knit to the size patterns expect me to and I’m too lazy to check my tension so the cushion might be bigger or smaller than you expect it to be.

1 thought on “Round Cushion”