Since I looked through all the clothes I own, and after realised how many of them I never wear, I decided to see which ones I could make into garments I would wear.

A few years ago, I bought 3 tops – I think from New Look – in blue, green and cream and at the time I liked them, but I’d gone off them recently, mostly because they were too tight on my neck and felt a bit strangle-y! Here they are before: 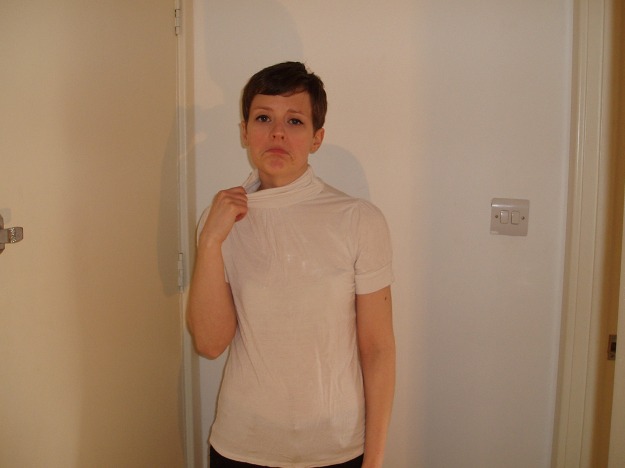 They all look like this on the back. The blue and cream ones were a little big (the green one is a size smaller). 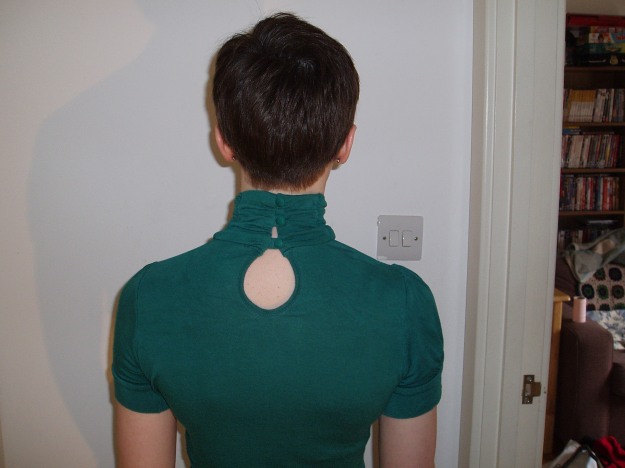 The first thing I did was to unpick the collar from them all:

(I won’t post 3 identical photos of the collars off!)

I decided to just hem the neckline of the cream one. But for the green and blue ones I decided to make little peter pan collars for them – the blue one from its own collar and the green one from the cream collar, for a contrast.

I used the collar from my refashioned dress as a pattern. I had to sew the collars down all the way around as they kept rolling up. The only other change I made was to take in the cream one by about an inch – the blue one turned out to not be as big in the end. I’m pretty pleased with all of the results as I now have 3 tops I can wear! 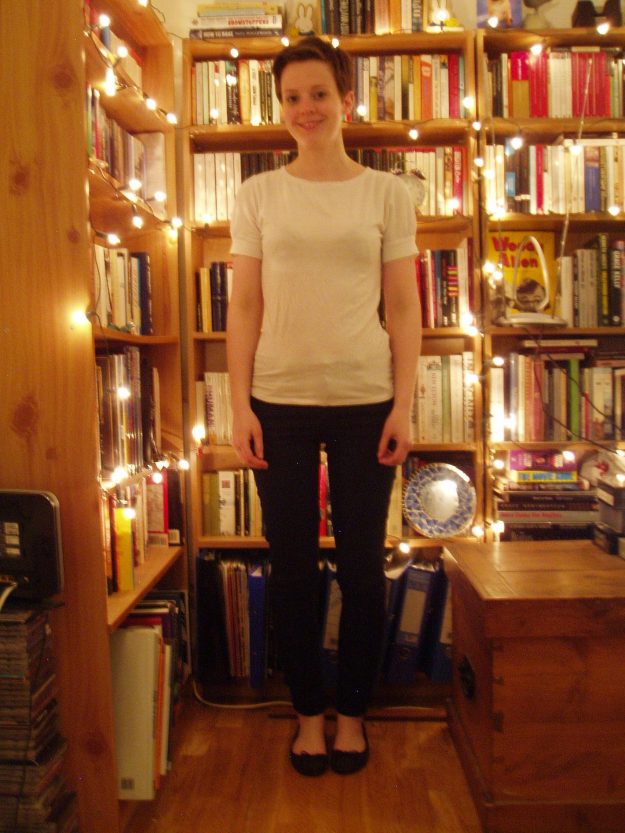 The back of the cream one – I sewed one of the buttons and button loops from the original collar back on as a fastening.

Close up of the neck hem – you can just about make out the interesting stitch I used on my sewing machine! 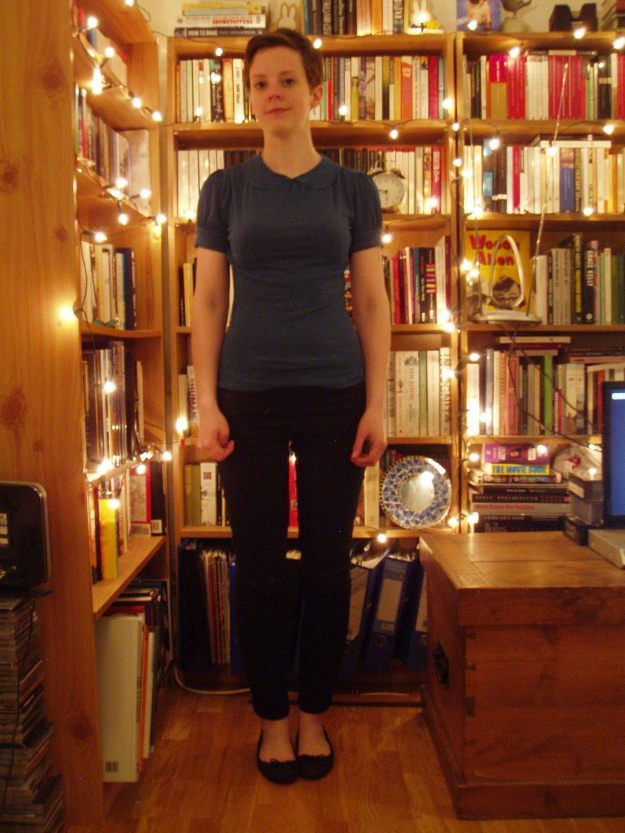 And a close-up of the collar:

I think the green one is my favourite: 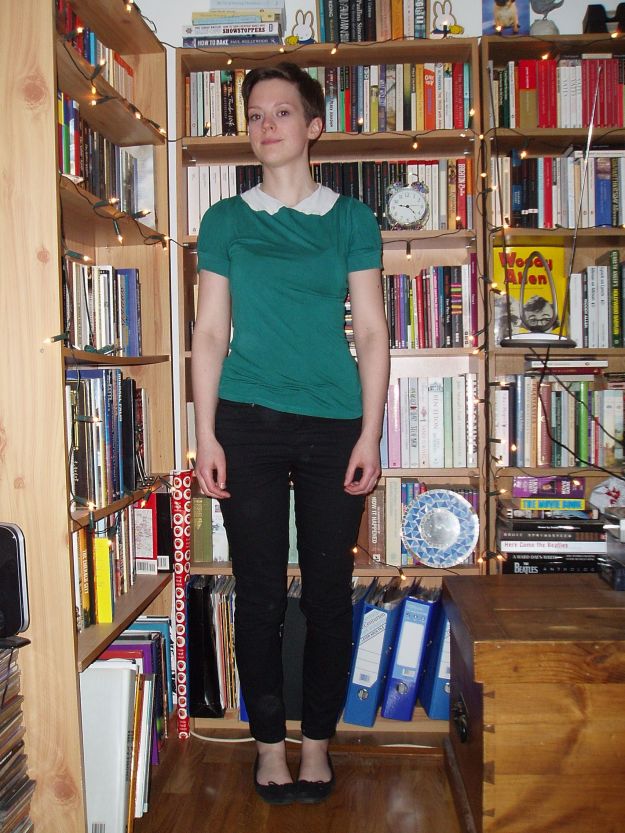 I thought I would share this goofy photo to finish….. 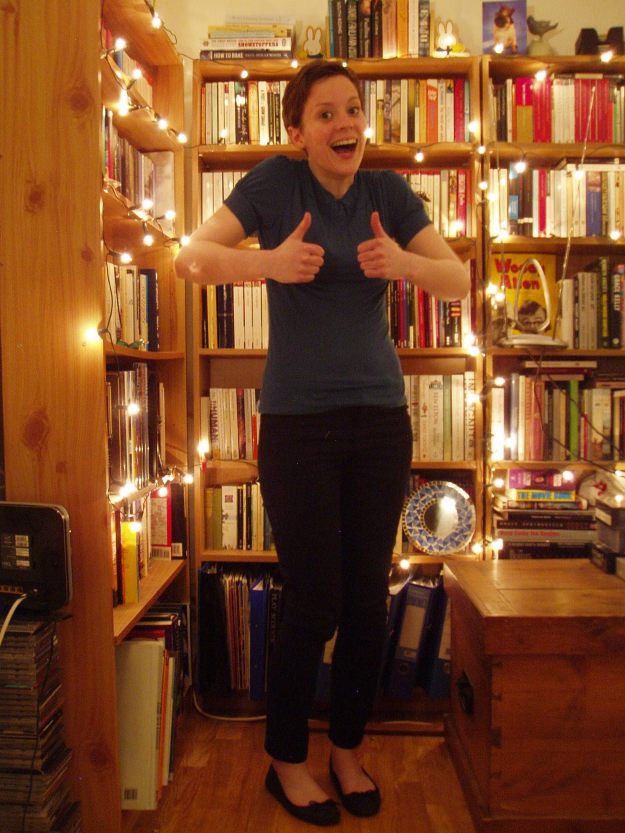