Yesterday I went to Goldhawk Road to meet up with lots of lovely sewists, some of whom I’ve been stalking online since I discovered sewing blogs! (too creepy?) It was like meeting celebrities! I had a lovely day and wore my second version of Megan Nielsen’s Banksia, with my refashioned yellow skirt from shorts. I only bought one 3-metre length of some liberty fabric, in a William Morris-esque print. I’ve been to Goldhawk Road a couple of times before and I find the choice of fabric and the number of shops a bit overwhelming! Especially since I didn’t have anything in mind to buy – the most successful trip I’ve had there was when I had a list of things I needed. I don’t think it’s a bad thing, though, to not have added too much to my stash as I don’t have room to store any more fabric, and I have only sewn for about an hour since Christmas, so it will take me a while to get through my existing stash!

I actually finished this about 2 months ago, but I’m pretty behind with posting makes and bakes! I have about 15 posts queued up and waiting. I’ve worn it quite a lot and love it as much as my first one. I made the placket the same as the first one, but it puckered slightly on this second version. I think it’s because the fabric was a bit slippery so I didn’t cut it out as accurately as I should have, and it was shifting  a bit in the machine. And speaking of the fabric, this was a tiny remnant from Rolls and Rems on Holloway Road, and it cost me £1.50. The buttons were from my friend’s stash which she lent me. So all in all, a pretty cheap make!

This is a slightly crappy photo, but it shows the puckering of the placket. I don’t think when I’m wearing it, anyone would spot the slight mistake, so I don’t really care. And I’ve worn it quite a few times, and no-one said anything. 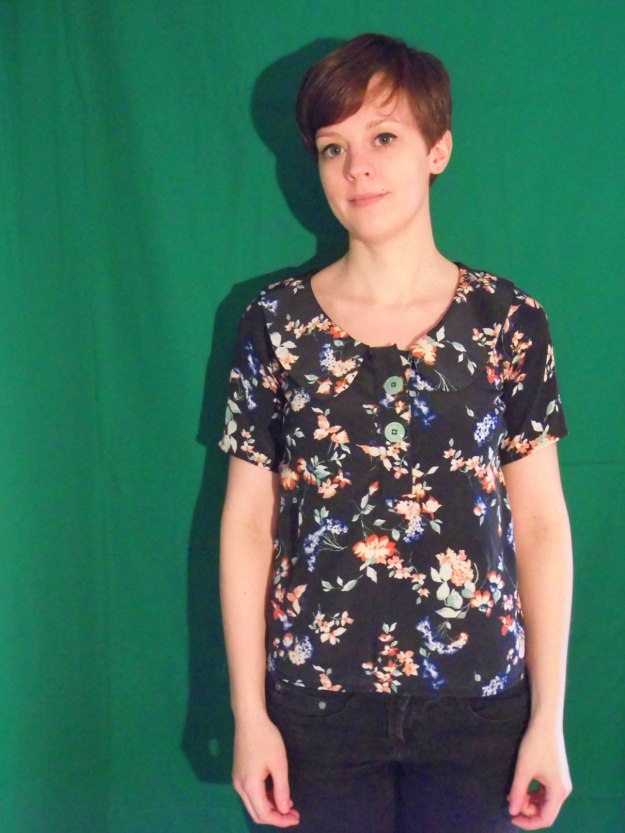 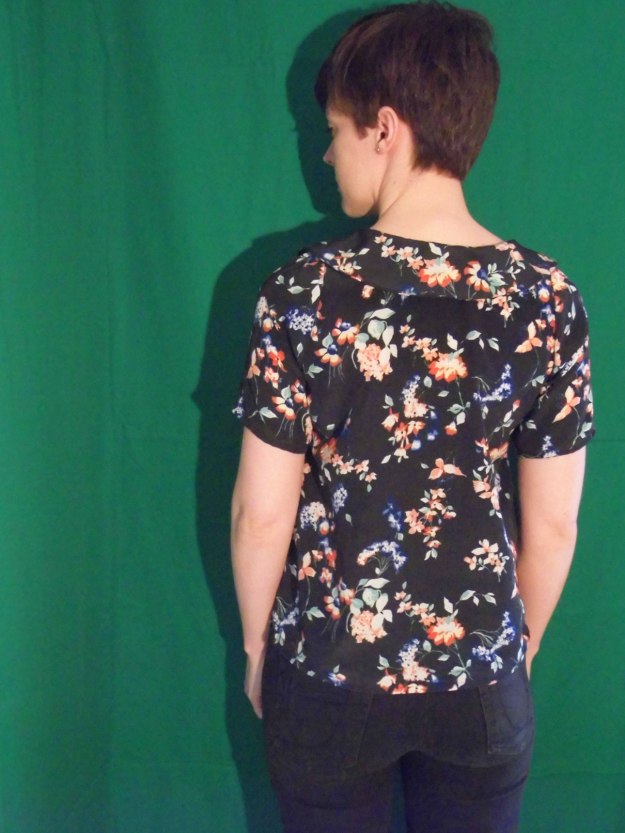 The back is a little gapey, just like with the first one. As I mentioned, it is my new year’s resolution to fix my fitting issues with my narrow back. But this was made in 2013, so it doesn’t count!

As with the first Banksia, I used all french seams to make it all neat on the inside. Which was good for this top, because the fabric frayed like a bitch! This is also the first thing I’d made in ages where the fabric had a definite right side and a wrong side – which was a pleasure after several makes of ‘wait, is this the right side or the wrong side?’ 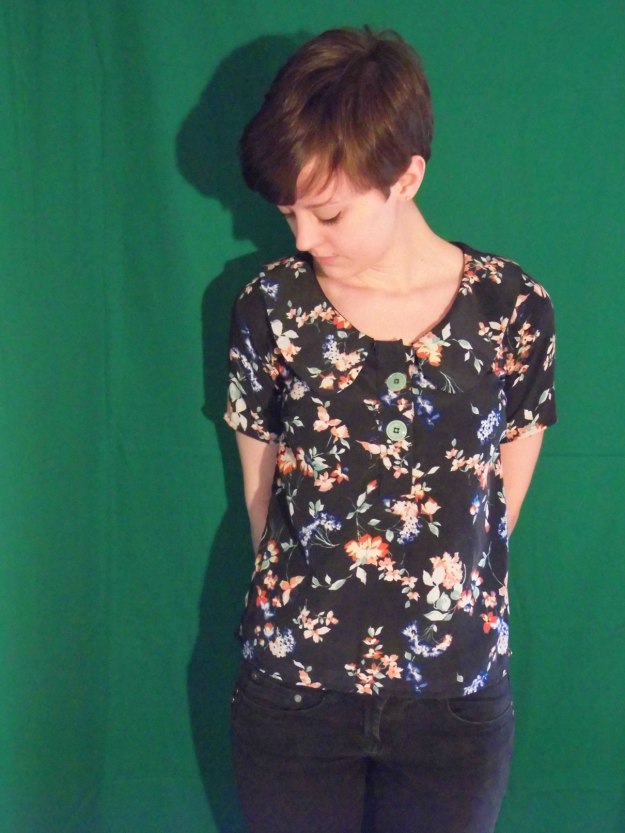 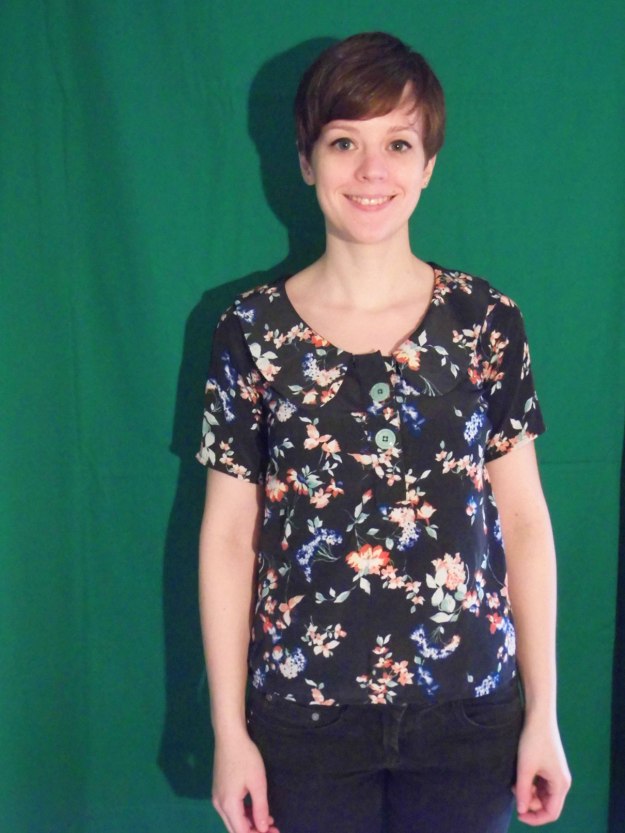