I’ve spent the last 2 days sitting on the sofa trawling the internet and watching crappy movies, after finishing a massive project at work. And I’ve been planning what I want to sew, but not actually doing any sewing. I think I’ve now got to the point where I have too many things I want to make, so feel unable to make a decision where to start! I’ve bought several new patterns and I have quite a lot of fabric in my stash which I’m planning to make things out of. The stash might have shrunk this evening, though, as I pre-washed a bunch of things (including 3 metres of liberty fabric I bought at the Spoolettes meet-up) and one of them ran 😦 I had some bright pink stuff (don’t know what it is as my friend gave it to me) and it has stained most of the other things I put in with it. It’s very sad. I’m washing them again and I’m going to go out tomorrow to get some of that dye-removing stuff that I think Dylon make. One of the worst ones now looks like it was always pink, and it had pink flowers on anyway, but I liked it before, so that’s a bit sad.

Anyway, enough lamenting about my possibly ruined fabric (*sob*) and on to my new(ish) load of vintage patterns. Before Christmas (like, way before Christmas) my Aunt emailed me to say her friend was selling a lot of vintage sewing patterns which belonged to a relative. There were 60 patterns in all and I was temped to take all of them, but I have a small flat and The Boyfriend is already quite understanding of my ever-expanding piles and boxes of crafty stuff, so I thought I should not take them all. So I said I would take the pre-1971 (i.e. pre-decimalisation) ones. They look to be mostly bust size 36, so I’ll have to grade them down a bit on the bust (I haven’t looked at the other measurements relative to today’s sizing). Some of them are amazing! I feel I should join Marie’s Vintage Sewing Pattern pledge as I now have quite a stash of them, with the ones I have borrowed from my Grandma.

There are 3 Butterick ones, which might be my favourites (possibly because they’re all styled in blue on the packets):

There are 6 by the company Style, which I’ve not heard of before. Maybe someone can fill me in it as a brand?

(the second 3 aren’t as much to my taste)

There is one vogue one which has seen better days! 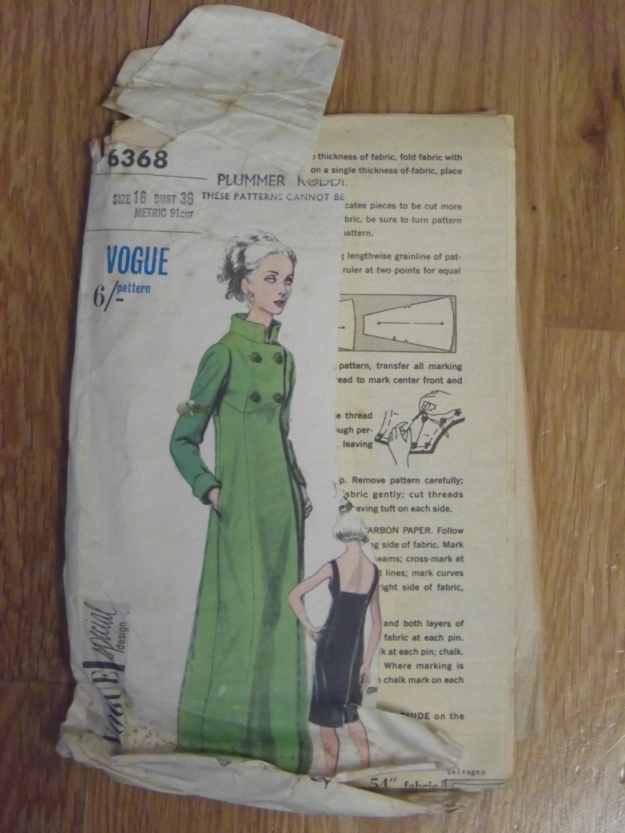 (I especially love these 2 – again styled in blue – and I definitely want to make on of the jacket on the left.)

(these last 2 aren’t so much my taste, but the pencil skirt might be a good basic pattern).

There were also 4 kids’ patterns, which seem very twee but might be fun to make up.

And there was a random men’s dressing gown pattern hidden in the pile. 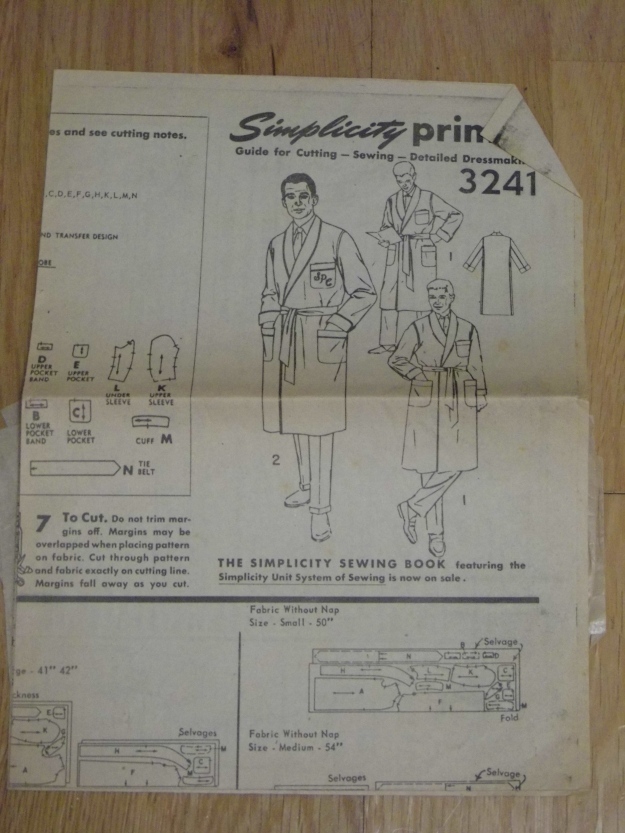 So I am now the proud owner of way more vintage sewing patterns than I will probably ever sew!

I’m also hoping to get back to writing on here regularly as I still have a loads of posts queued up and I’m going to spend the next 3 days sewing ALL THE THINGS!

6 thoughts on “I have loads more vintage patterns!”