I’m a little ashamed that I’ve only just gotten around to sharing my first Emery Dress! I was meant to have it done before Christmas for the sewalong, and I actually finished it in March. But I do have a kind of excuse for waiting so long! Although I did wear the dress, to the Knitting and Stitching Show to be precise, I didn’t love it as much as I thought I would when I began making it. My sister said at the time that she thought it would look better without the collar, and as much as I love a collar, she was right!

This is what it looked like in its original incarnation (by the way, sorry for the consistently blurry photos – they always look clear on the camera and I take loads to make sure some are good- and then they all look terrible when they’re on my computer – very annoying!):

It’s made from a table cloth I picked up at one of my local charity shops. There was just enough fabric to make the dress. I decided to make the stripes go one way on the bodice and the other on the skirt partly so I didn’t have to worry about stripe -matching on the skirt, but also out of necessity because of how little fabric there was.

I did a 1.3cm small bust adjustment and I moved the bust darts up by 2cm. I also added 1cm to the length of the bodice, otherwise it would have been almost empire line! I also sewed a 7cm hem as the length was a little frumpy on me (I’m 5’2″).

The back fitted fairly well – maybe a little gapey, but not the worst thing I’ve ever made!

The lining and pockets are made of some plain navy polycotton I had in my stash:

Can I just say that I love that this dress has pockets! I think I might add pockets into everything I make from now on, if they’re not already included!

Now, I thought that I did a good job on the bust adjustment, but the dress ended up being a little tight in general and made my already small boobs appear basically non-existent! 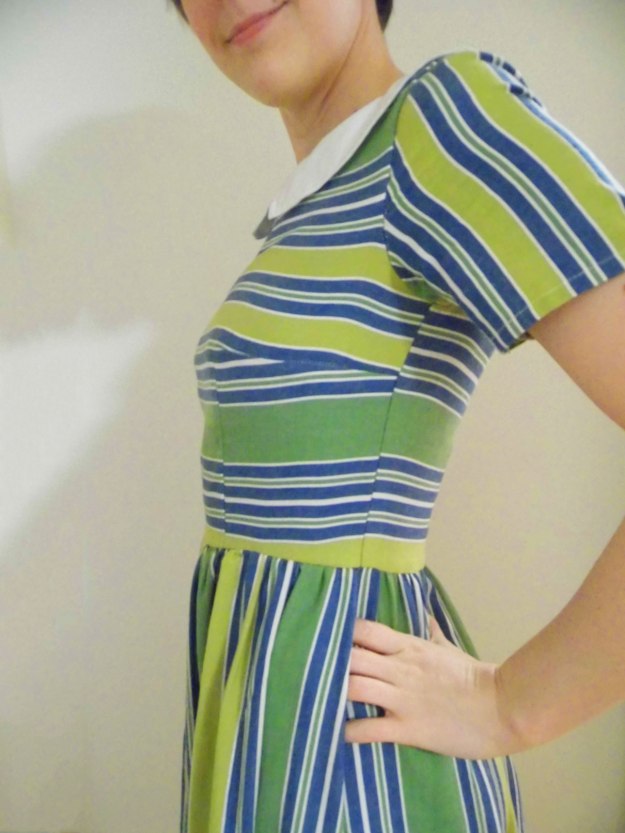 This coupled with my falling out of love with the collar meant that I finally decided to alter the dress. I don’t really like altering things once I’ve made them (which is weird because I’ve enjoyed the refashions that I’ve done) – maybe it’s putting in all the work to get it finished and then having to undo and redo a certain amount of that work, just seems like a waste of time – time that I could be using to make something shiny and new! But I’m soooo glad I did change it because I love it again!

First of all, I took off the collar, which involved unpicking the lining as well from the neckline. 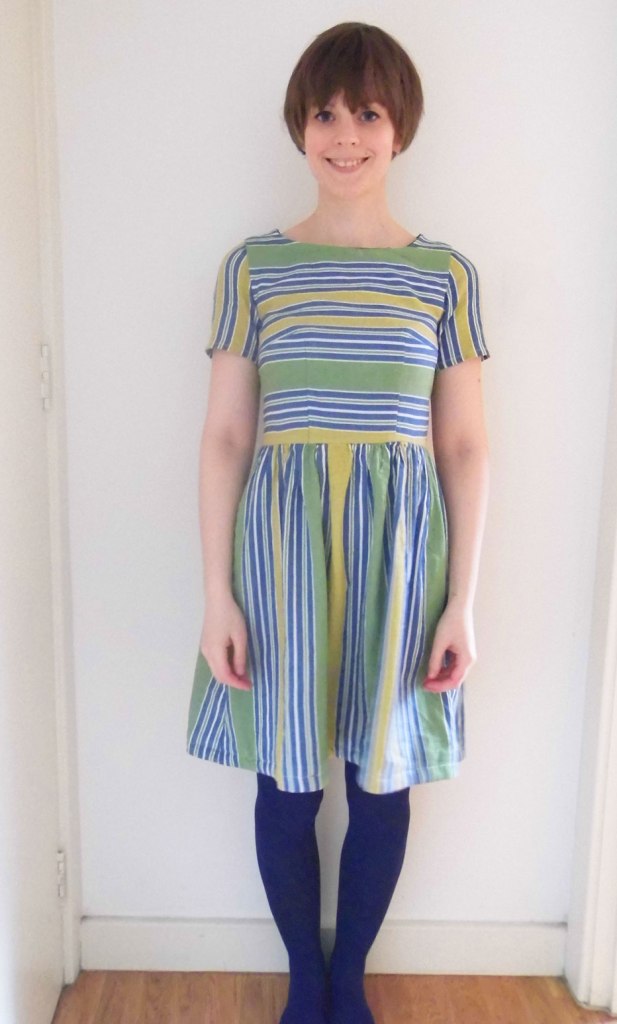 I also let out the side seams (on the lining as well as the main fabric) by 0.5cm on each side, as the dress was just slightly uncomfortably tight. I’ve realised I like a bit of ease in my woven garments!

This had the bonus of not squashing my boobs quite so much! It’s weird, they didn’t feel squashed, but apparently they were judging by the photos! 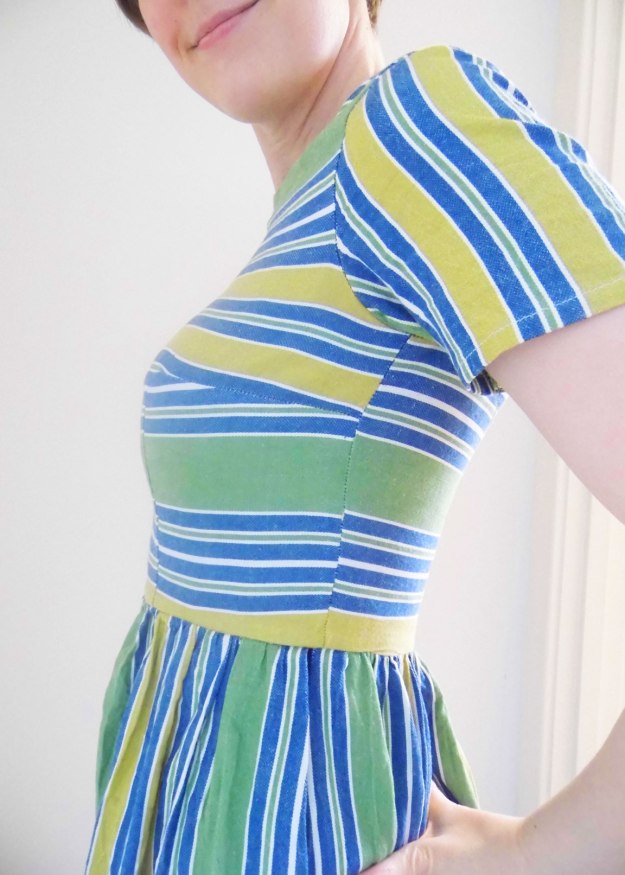 I also took up the hem by another 3cm, as I still felt a little frumpy. So that’s a 10cm hem altogether, compared to the original length of the pattern.

Here’s the lovely inside, with the lining re-handsewn in place after all my fiddling!

Complete with one of my labels, gifted to me for Christmas!

I’m really pleased with this new finished dress. I’ve already worn it for Me Made May (first week round up to follow tomorrow), to a birthday party and I got quite a few compliments on it, which is always nice! I really like the pattern and it was really easy to put together and Christine Haynes has written very clear instructions and all the sewalong posts are on her blog if you need more photos/ help on any particular step. I’ve already made a second version (which I’ve also already worn for Me Made May and will follow soon on the blog) and it might become my go-to dress pattern!