As I mentioned in my review of the second Great British Sewing Bee book, I’ve made the baby dungarees for my nephew using the pattern in the book. I used some cute spotty cotton in suitably non-girly colours (my nephew is so cute he frequently gets mistaken for a girl!).

Because he wears cloth nappies, my nephew has a larger bum than babies that wear disposable nappies do, so I made a practice pair to check that the dungarees would be big enough to go around him. I made the biggest size, 12-18 months as I made them for his first birthday and he’s quite big for his age. I stuffed them with pillows to see the full size and they were luckily plenty big enough – I feared I would have to work out how to do a FBA – Full Bum Adjustment! Don’t they look creepy? 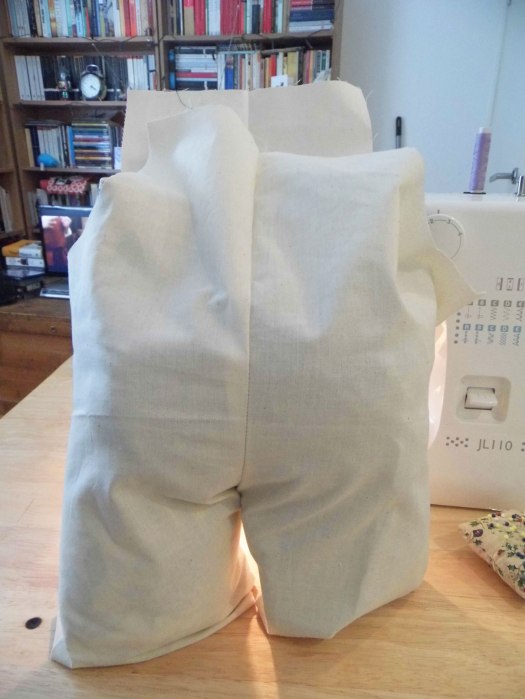 The dungarees came together relatively quickly, because they’re so small and there aren’t too many pieces. I think like the patterns in the old book, this one could have been drafted better. The straps are sewn into the hem a the back so they look like this:

So I decided to sew them again, so they they didn’t fold back the hem.

Then the instructions tell you to just fold the tabs back twice to hem them, which would leave a raw edge at the bottom of the tabs on the outside:

So I turned the bottom edge over before sewing it:

I’m pretty pleased with how they turned out. When my sister unwrapped them, quite a few people at the party assumed I’d bought them, which is possibly the highest compliment you can get for homemade garments! I sewed one of my name tags in the back, but forgot to take a picture.

I also added a little pocket on the front in a matching shade of orange, which was just some polycotton I had left over from when I made my sister’s apron. I used the pattern for the pocket from the first Sewing Bee book’s Boyfriend Shirt. 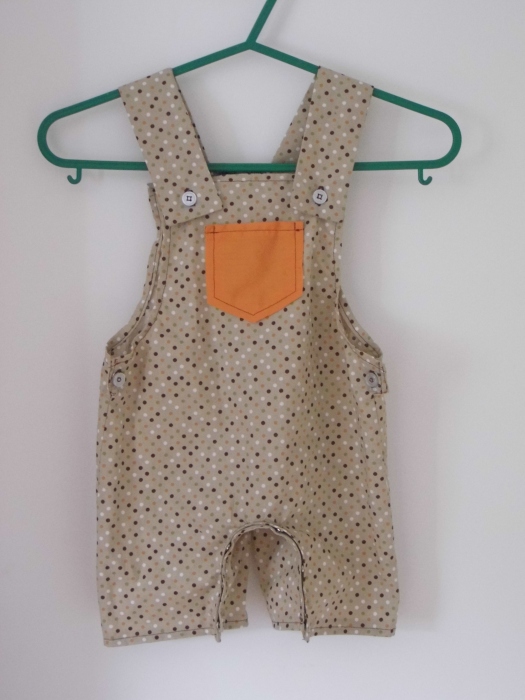 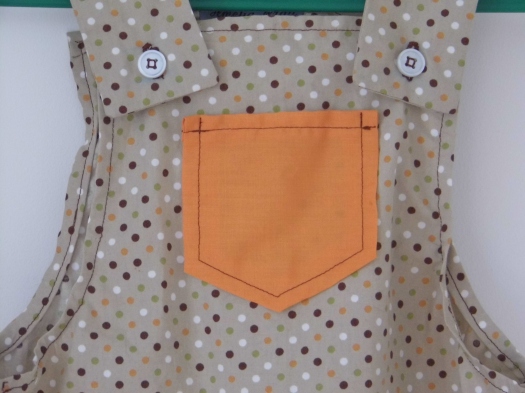 The only other change I made was to sew on normal poppers instead of the stronger snap things that the pattern suggests, the ones you put on with that clamp thing.

This seemed like a fine idea until I realised they all undid as soon as my nephew moved around in them! Oops. He did look cute though.

Then he was basically wearing a weird-shaped dress…..

They didn’t restrict his movement, though – he still managed to make a bid for freedom!

I’m tempted to make more kiddies’ clothes as they’re small and therefore quick to sew up and they’re so cute!