I’m a bit if a shamless stalker of Tilly and the Buttons (as I’m sure a lot of us are – really, tell me I’m not the only creep !) and though some of her patterns aren’t really my style, some of them really, really are. I love Coco (and this might be my first knit make, when I finally get around to it). I have Love At First Stitch and have made a Mimi Blouse, and have plans for Lilou and Megan plans for the warmer weather. I loved Françoise when it was first released at the end of last year and particularly liked the sleeved version with a collar which she made. So I made one! Just in time for the weather to warm up……..doh.

(I had a smudge on my camera and didn’t notice until I’d taken half my pictures, so I apologise for the splodge on my arm/ ampit!)

I made the size 2 and didn’t bother with a muslin as it seemed like it would be quite easy to make changes as I went along, and it was. The underarm seam is sewn in one go, so it’s easy to take it in. I luckily didn’t have to change the darts, which is good because I wouldn’t know how to do that! Luckily Tilly has a post about how to make bust adjustments, should you need to.

The fabric is pink and black hounds-tooth from John Lewis in their new year sale – it was half price at £8.50 per metre. This is usually more than I would spend, but since it was meant to be twice as expensive it seemed like a good bargain.

I’m pretty pleased with the fit at the back as I usually have problems with things gaping at the back. I did decide not to over-fit this as I didn’t want it to be skin tight, to keep that slightly loose 60s style. I think the wrinkles just above my bum are because it had ridden up a bit rather than because it doesn’t fit properly!

I’m also pleased with the invisible zip I put in at the back – I bought an invisible zip foot a while ago and tried to use it once, but it just kept hitting the teeth of the zip, so I gave up. I’m glad I got it to work this time – I’ve no idea what I did differently! Moderate pattern matching – at least the stripes are in lines across.

The collar is made from the left over fabric from my first Victoria Blazer. As I discovered when I made the blazer, this fabric doesn’t really keep a fold when ironed, so the collar wouldn’t sit flat.

I decided the only way to make this comfortable to wear, without the collar sticking up, was to slip stitch the collar down. I did this about half way up so the bottom of the collar would still look like it had some movement and wasn’t totally stuck down. 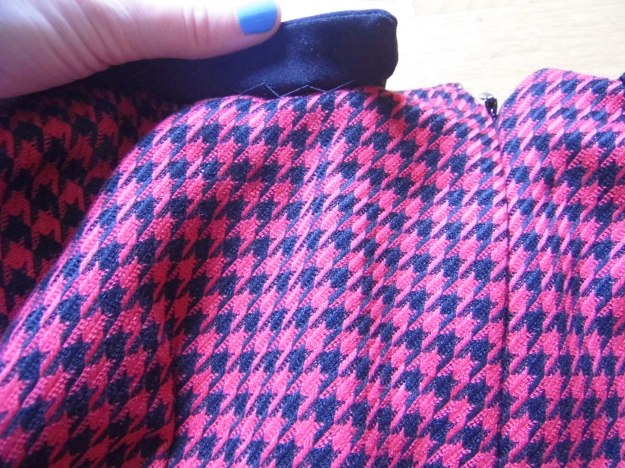 I slightly change the shape of the skirt, which looking at the below photo, needs a bit of tweaking! The skirt as drafted just didn’t look nice on me and the fabric had too much drape for the a-line shape to show up. I sewed the side seams in from about the hips, down to the hem. The only other fitting change I made was to take some seam allowance off the shoulder seams as the dress was sitting a bit high on my shoulders. I also had to trim the seam allowance right down on the shoulder seams as the full seam allowance was sticking up and made me look like a rugby player!

I also added pockets – I used the pockets from the laurel dress and just guessed, by trying on the dress, where they should sit. Looking at the photos, I think the pockets could have been a little bit lower, but at least I’ve somewhere to keep my phone! I tried to pattern match the pockets, but I went a bit cross eyed and only vaguely managed it. 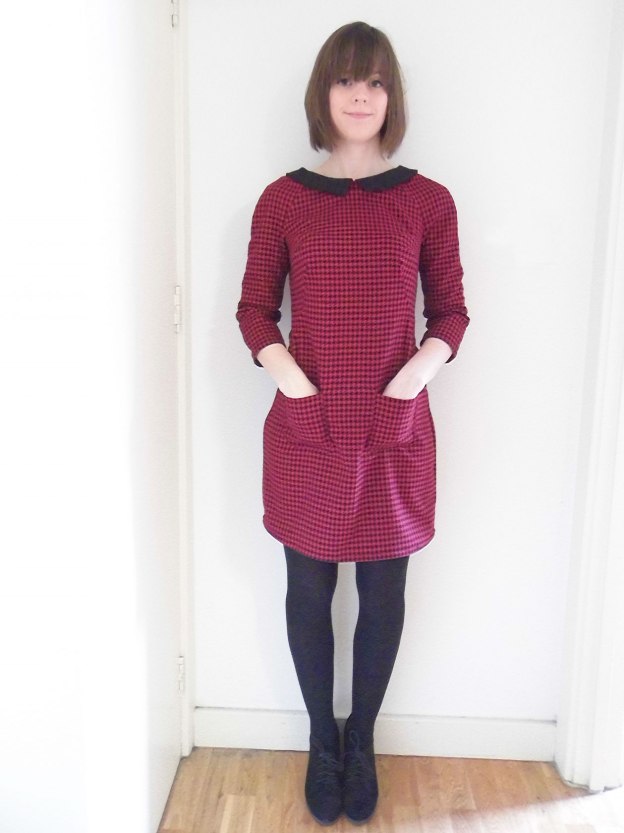 I’ll leave you with this blurry photo! They always look fine until I upload them onto my blog – does anyone else have that problem? Any tips on how to fix my photography? 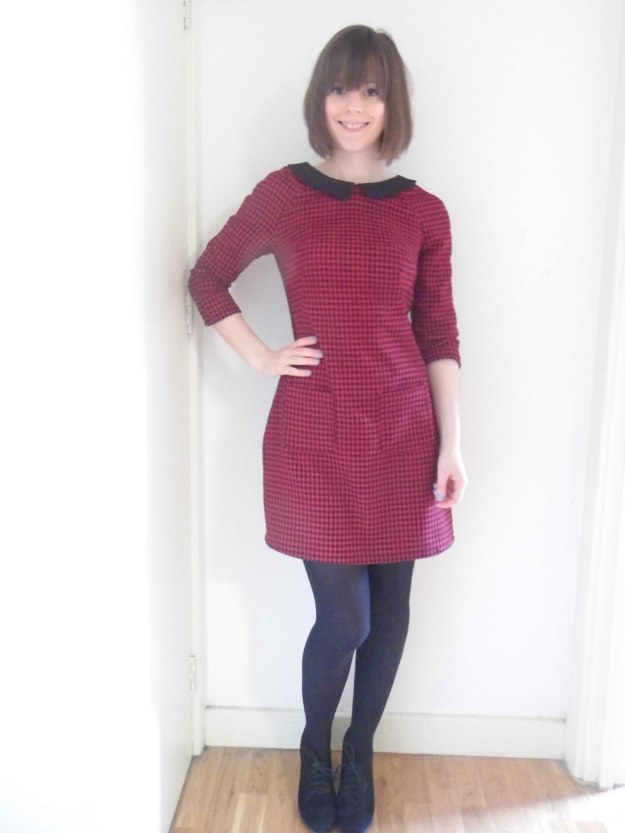 Do you like Tilly and the Buttons’ patterns? Have you made any? Do you have plans to make any?