After my review of 2016, I thought it would be nice to plan for my year of sewing yet to come. I’m sure you’ve seen Rochelle from Lucky Lucille‘s #MakeNine thing which has been all over blogs and instagram for the last week or so. I think it’s a really good idea to focus your year of sewing, so here are my #2017MakeNine in no particular order (and they’re all patterns I already have in my stash): 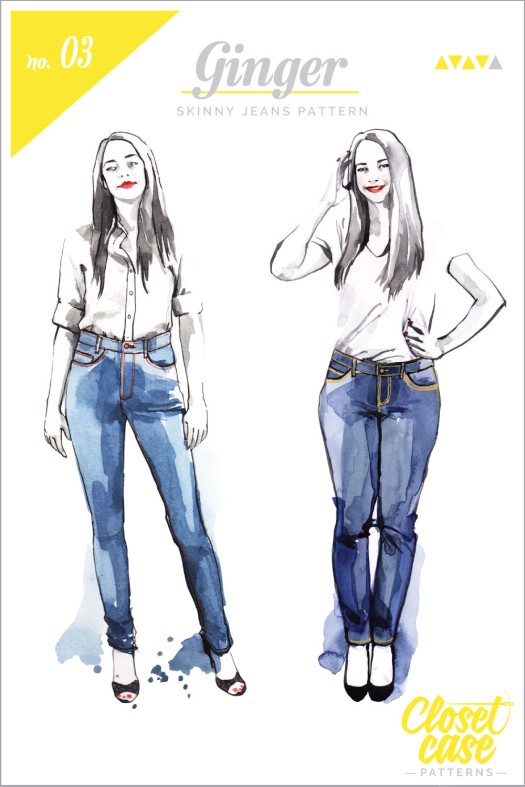 I’ve ended up with almost no wearable jeans – I have one pair which are worn on my thigh between my legs which are just about passable but my others either don’t fit any more or have a broken zip. I’ve had this pattern for quite a while and 2017 is definitely going to be the year when I finally make them! 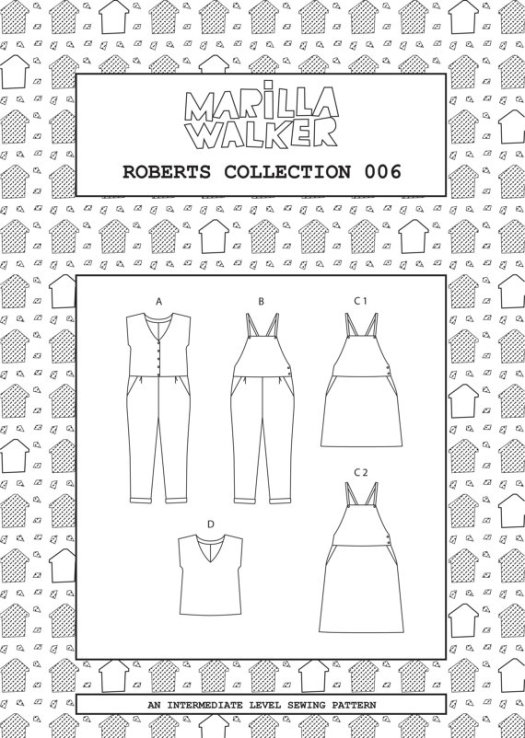 This is another pattern I’ve had for a little while and after we moved, before I set up my sewing space, I spent some time printing and assembling PDF patterns I’d bought and this was one of them. So it is now all ready to go. I think I’m going to make the dungarees and the dungaree dress (so this is a twofer!) so I have some casual weekend clothes that aren’t just jeans (though I do love jeans).

I bought this pattern, along with the Mabel skirt, not long after they were released. I have a similar style RTW dress from H & M which I bought ages ago which I really like when I wear it, so I’m hoping to recreate it/ create more versions of it to have comfortable but hopefully smart-looking dresses for work. 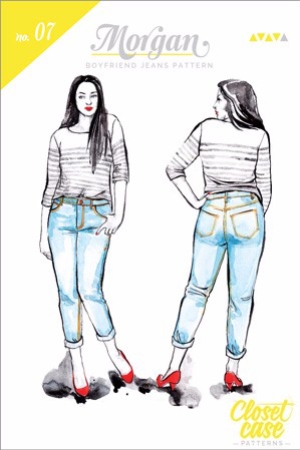 I like a classic skinny jean, but more and more I feel I’m being drawn to boyfriend jeans too. I might start with this pattern as I assume there will be less careful fitting needed, and then move onto the Gingers.

I’ve had this pattern for years and I bought all the hardware I need to make it, I just haven’t yet actually made the bag. I currently use a crappy sporty rucksack and I’ve wanted a nice bag for aaages. Part of my problem is I can’t decide on what colours and fabrics to use so if anyone has any suggestions, I’m open!

I meant to make one or two of these last Summer as I’ve seen so many great versions online but I didn’t get around to it – always the way, huh?! So this year is the year….

I think this could be another option for smart but comfortable work dresses – and they could also work for weekends depending on the fabric choice. I don’t know why I haven’t got around to making this yet, I’ve had the pattern for quite a while.

Having made Summer pyjamas in the form of the Grainline Lakeside Pyjamas, I am now in need of nice Winter and Spring/ Autumn Pyjamas so the Carolyns are on my to make list this year. All my current bought pyjamas are a bit past their best so I really need to get onto making some nice new ones. I’ve also never sewn with piping so that will be a fun skill to learn hopefully.

Although this pattern is sort of a men’s pattern, it is technically unisex. I bought it before Grainline brought out their Cascade Duffel Coat as it was the only one on the market. This is yet another pattern I’ve had – and been meaning to make – for years. I want to make basically a copy of the lovely bright coats they sell in Sea Salt. I’ll be on the hunt probably for yellow waterproof fabric and a navy and white striped lining.

As I’m sure you’ve picked up on, I’ve had most of these patterns for quite a while! I want to try as much as possible to sew from patterns I already have in my stash as I’ve only sewn about half the patterns I have – and that doesn’t include patterns from books! There are, I’m sure, one or two I will buy but I feel like I pretty much have every kind of pattern I could possibly need. I’m also going to try to be mindful about my fabric buying, so I buy with specific projects in mind.

This year I have also signed up for #ProjectSewMyStyle. Run by Bluebird Fabrics, the idea is to make 12 garments in 12 months and end up with a brilliant capsule wardrobe. Having looked at the schedule of the patterns, there are some months when I’m not going to join in as the patterns are not really my style – and it seems against the ethos of the project being about slow fashion to sew things for the sake of joining in with a project. I am going to try to make the Sew House Seven Toaster Sweater 2 in January, though.

They’re a new-to-me pattern company, and I like the simple lines of this pattern, but it looks like a flattering shape too.

The only other pattern I think I’ll definitely try to make is the Named Yona Wrap Coat which is scheduled for September. There are some Megan Nielsen patterns throughout the year, too, so I might have a go at them, though I don’t want to buy tooooo many new patterns.

My other main project for the first half of this year is going to be to do Colette’s Wardrobe Architect series to try even more to focus my sewing, so this whole post may be thrown completely out of the window! I’m hoping it will help me be focused in my fabric shopping and how I pick fabrics for specific patterns so I don’t end up with things that don’t fit with other things I’ve made. I want to try to create more of a capsule wardrobe and try to be less of an unfocused magpie!

I think I’ll manage to post about this every 2 weeks, so it will take me a few months instead of the 14 (I think) weeks planned. I’m also going to carry on planning my sewing month by month as I’ve found this really helpful since I’ve been doing it the last few months – it means when I do have time to sew, I know what I’m sewing. And I have been sometimes cutting out things during evenings after work so I’m ready to sew when I have a chunk of time at the weekend, instead of spending one weekend day cutting out.

This seems like quite a lot to fit into one year, but I also want to try to make a quilt for the first time this year. I want to do some work on our bedroom, so maybe a quilt for the bed? I need to decide on a colour scheme for the room first though…. The other option is to make a throw for our sofa which currently has one of my pieces of fabric on it because it’s uglier than it looked online when we ordered it! I also want to have a go at weaving a wall-hanging to go above our bed as the walls in our bedroom are quite empty. I’ve also got a chair I want to recover. And I started making a tank top for The Boyfriend over a year ago so I really should finish that!

9 Replies to “#2017MakeNine and other plans for the year”

I haven’t known what to say about the horrific events in the US and elsewhere-the UK is not free from blame. I’m going to spend time educating myself and working out what I can do to be actively anti-racist. I’ve been passive for too long. #blacklivesmatter
After seeing the amazing bomber jackets on the Sewing Bee this week, what better excuse than to again share my sequinned one which I still love! It’s McCalls 7100. #m7100 #bomberjacket #homemadebomberjacket #sequinnedbomberjacket #gbsb #greatbritishsewingbee #sewingblogger
Up on the blog this week is my new favourite shirt- this tunic length Kalle made from this amazing faces fabric I’ve had in my stash for too long! I made a size 6 and used the sleeve expansion pack. And I love it! More pics on the blog. #kalleshirt #kalleshirtdresswithsleeves #shirtmaking #isewclothes #sewnshownseated @closetcase.patterns
I wore my homemade mask yesterday to the supermarket for the first time (made from the excellent pattern from @dhuratadavies) and it was odd. But it’s what we need to do. Interestingly I thought my expression didn’t matter when taking these photos but in the first one I’m smiling and in the second I’m frowning slightly from the sun and I think you can tell! #bigcommunitysew #homemademask #homemademasks