I know I already wrote a post about my plans for the year, but I thought it would have ended up even longer if I included my regular recap of what I made last month and plan of what to make this month, so here is another planning post in the same week!

My main aim for December was to make 4 skirts for my sister for Christmas, but I did manage to squeeze in a sneaky dress for myself!

This is the Jersey Dress by In The Folds with Peppermint Magazine. It’s free to download and has in seam pockets! I’ve worn it quite a few times so far, including to the Christmas Sew Brizzle meet up and on Christmas Day! It’s quite long on me but it’s like a secret blanket!

I managed to finish 3 of the 4 skirts for my sister – I stupidly thought they would be really quick, which was true to a certain extent, except I made stupid mistakes with the Mabel skirt which put my timings back a bit. I finished a red corduroy Delphine, a navy blue drill Delphine and a grey quilted fabric Mabel. I’ll post in more detail about them later this month hopefully.

I’m pretty pleased with the pattern matching of the quilted lines on the Mabel, if I do say so myself! And Phoebe liked the skirts and they fitted pretty well and were the right length, which is cool. She’s not sure about the colour of the navy drill one as she ordered the fabric online and it is quite a pale shade of navy, but hopefully when the weather gets warmer she’ll have other things to wear it with so it will grow on her. And if not, it’s not the end of the world 🙂

So my first make for January has to be the skirt I didn’t make in time for Christmas – a denim Moss Skirt. I’ve got the pattern assembled, traced and altered – she wants the long length but without the hem band, so I’ve lengthened the mini version pattern pieces. I have a zip and thread too, so I’m all ready to go! 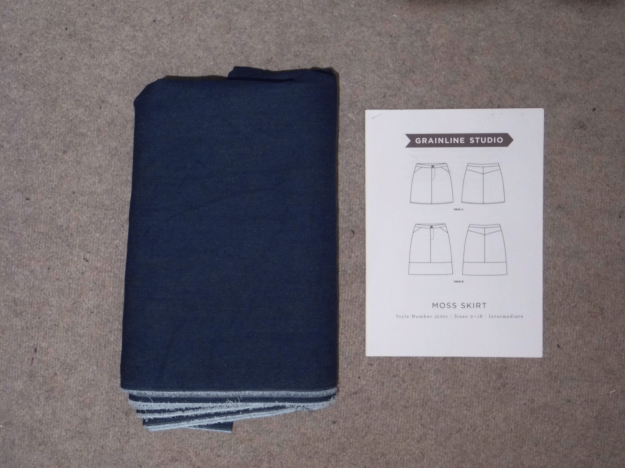 There was quite a bit of fabric left from each of the skirts I made, so I also might see if I can make a Moss Skirt out of what I’ve got left from the red corduroy. Selfishly I might use the rest of the grey quilted fabric (probably for a matching Mabel!) and the navy drill, but I don’t wear red so I figure if I can make something else for Phoebe, then it doesn’t go to waste.

As I mentioned in my 2017 planning post, I’ve signed up for #ProjectSewMyStyle and I’m going to try to make the pattern for January which is the Sew House Seven Toaster Sweater 2. This might get bumped to February as I don’t have any fabric I’d like to use for it currently in my stash. And there was talk of a Sew Brizzle trip to Birmingham to go fabric shopping at the end of the month, so I’ll look for something then hopefully. I’m also in Aberdeen for a second Christmas with my uni friends so I might see if we can take a detour to a sewing shop at some point, then this might get made this month. I could do with some warmer clothes to be honest, as our flat is rather cold! 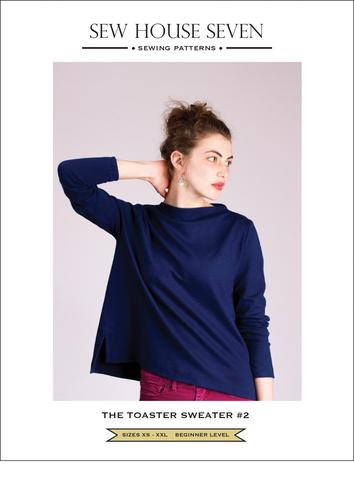 It’s getting embarrassing now! I now pledge to have the pattern and fabric cut out by the end of the month, then hopefully I can make them in February. I’m hoping once I’ve popped by trouser cherry, then my jean-making plans for the year won’t feel quite so scary!

Given that I’m away this weekend I doubt I’ll get all of this done this month, but I’ll do my best!