I literally can’t believe we’re already in March. (I’ve been watching a lot of Parks and Recreation recently, so this sentence is my homage to Chris Traeger!) I was moderately successful in completing my makes for February – I made only one thing I planned, but I made 2 extra things I hadn’t planned. I also had a mammoth cutting out session so I still have a few projects ready to go!

In a rare moment of blogging, I’ve actually blogged everything I made in February already (this may come back a bite me on the arse when I run out of things to blog!). First up I made this Colette Mabel skirt, to match the one I made for my sister for Christmas. 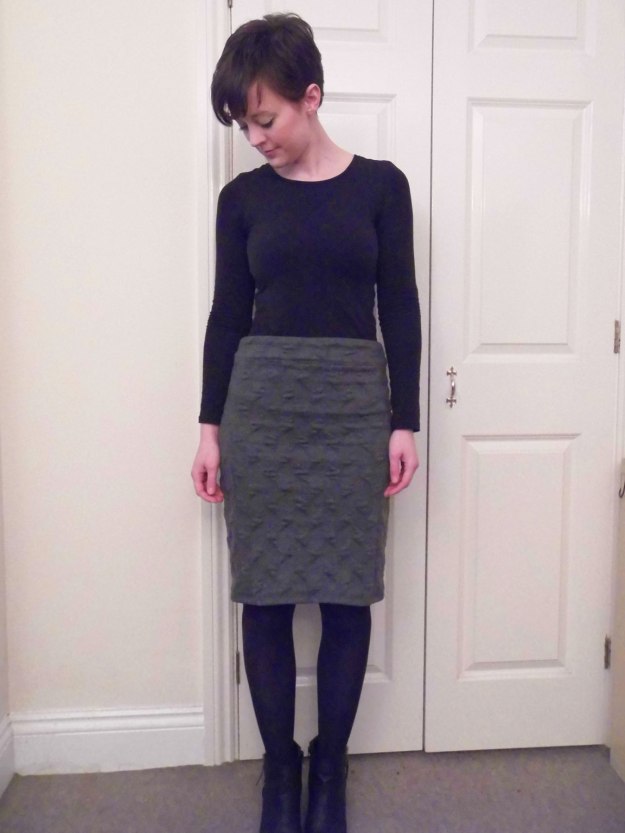 I also made what I thought would be my entry into the #MonetaParty, which was in the end my first version of the pattern, from the navy-with-white-flecks jersey:

Then I made my second, way more successful version of the Moneta, which rescued the pattern in my eyes – I felt it was a bit frumpy and not really my style in my first version. It goes to show the importance of fabric choice! 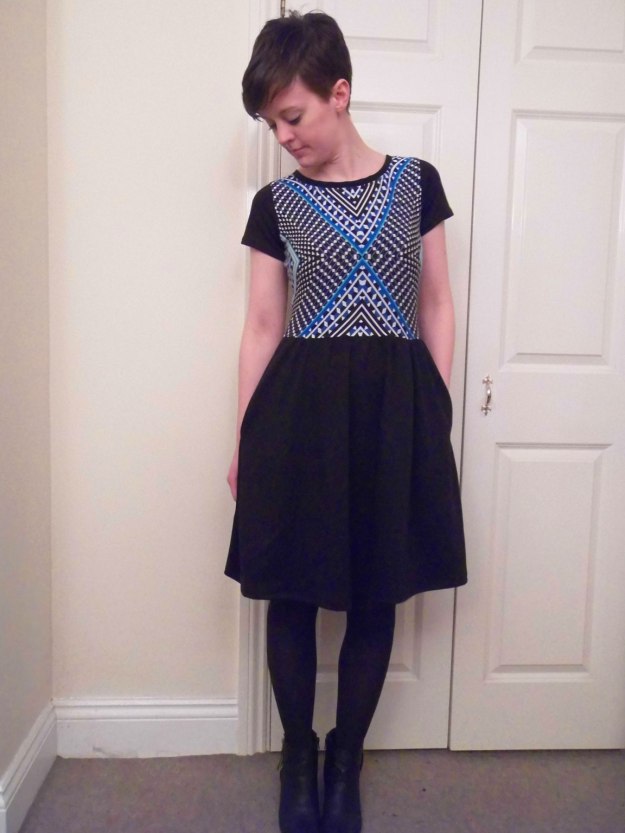 So my plans for March are pretty much the things I didn’t get around to making in February……including these effing trousers which have been on my to-make list since I started doing these posts back in October! They are at least cut out! I’m planning to tackle them this weekend.

I do also want to make my Toaster Sweater, which is also already cut out. I think it will be a good top for the still-quite-cold-weather we’re having in Gloucestershire! And I love the silver jersey I’ve got for it. Now if I could only get my overlocker working……

If I have time – which is unlikely to be honest as I’m away for 2 whole weekends in March – I’ll try to make my denim Moss Skirt, which is basically a copy of the one I made for my sister.

I want to try to get some fabric this month to try to make a start on my #2017MakeNine. The Moneta Dress was one of them, so I’ve at least made one. I also have Christine Haynes’s Marianne Dress on there and I do have fabric for that so hopefully that will be made in April.

I also want to get back into refashioning – I have quite a stash of garments to refashion – as that is one of the things I consider to be under the ‘thrift’ part of my blog name! Though as I’m away for some of March, this might have to wait until April!

What are your sewing plans for March?