I had a week off work in July, so I’ve had quite a productive month – though some of the makes haven’t made it to the blog yet. But my main project for my week off was to rebrand my blog (and all social media), which took longer than I thought! But it was good I had a week off so I could spend a few days blitzing it – I probably wouldn’t have got around to it if I’d been trying to do it during weekday evenings!

I seem to have recently mostly made tops! First I made this pink striped In The Folds Collins Top, and I love it! I’ll go into more detail in my post about it, but I’ve already got fabric in mind to make another version! 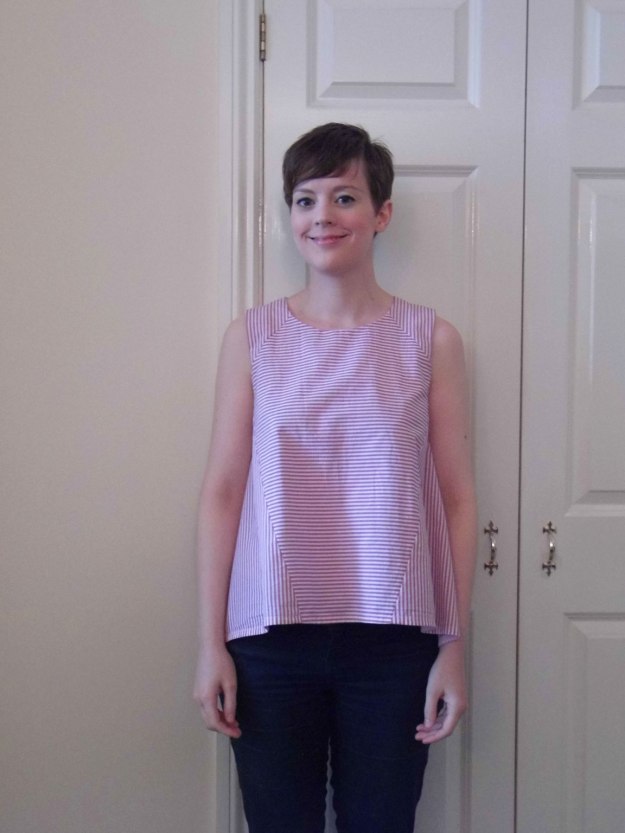 I also made this cropped Named Inari Tee out of leftover fabric from my Marianne Dress. This was sort of a wearable muslin, but I think it turned out okay! 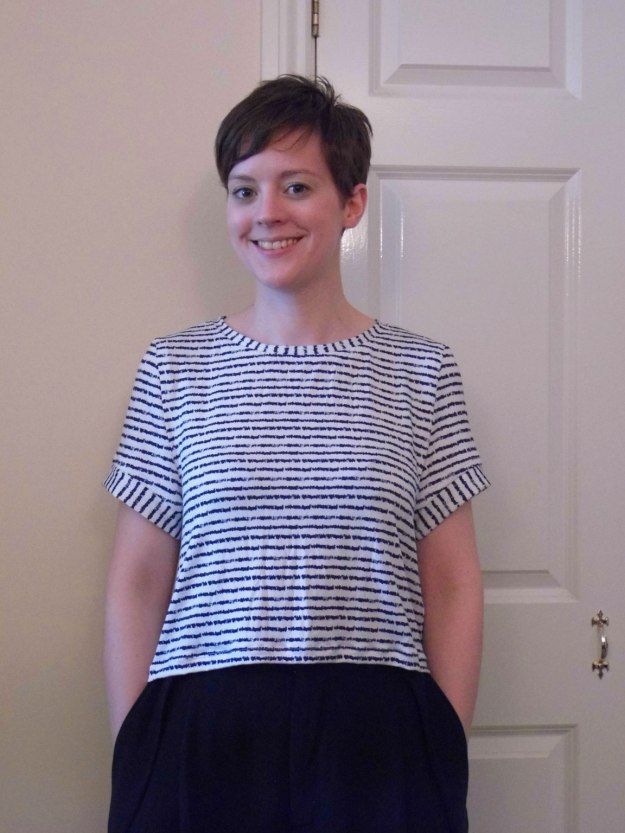 My last make for my week off (I seem to have not made much outside of my holiday from work!) was this Colette Aster blouse. Again I’ll go into more detail when I write it up into its own post, but I’m not totally in love with this and I’m not sure why!

Now onto my plans for August – I don’t think I’ll get much made this month because I’m home visiting family next weekend and in the middle of the month I’m going to the New Craft House Summer Party so I won’t have a huge amount of sewing time this month.

My first job for the month is to make something to wear to the New Craft House party, which will almost certainly include this shiny silver fabric I was given for Christmas: 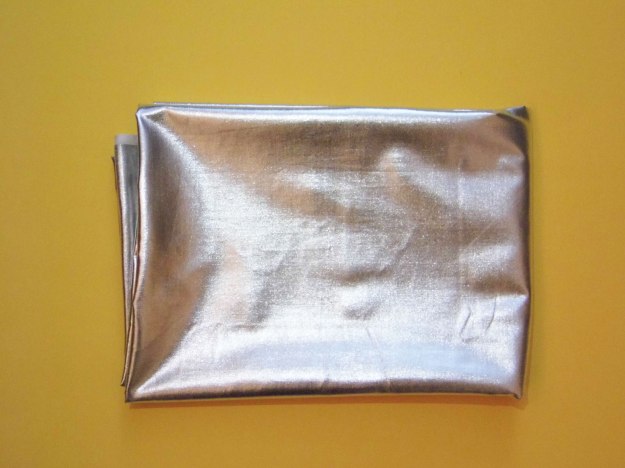 I’m thinking another Inari Tee, though probably lengthened by an inch or two so there isn’t so much of a risk of exposing my midriff, which I don’t really like. I’ll need to also make something to wear with the top, or I may cause a sensation! I’m thinking some culottes from the Butterick pattern which was free with (I think) Love Sewing magazine. Any other ideas?

If I have any spare time in the rest of the month, I really do need to make a start on  jeans. It’s been sooooo many month of me planning to make them that it’s getting a bit ridiculous now!

I know it may not seem seasonally appropriate to make jeans in August, but with the British Summer, it will probably be the perfect time!