Well it’s been a while! I didn’t mean to take a break from the blog but I felt quite down through most of February and just wasn’t in the mood to blog. I did finish my coat, though, which is pretty amazing! I was in the mood to sew but not to write about sewing. Weird. But I’m back and I have most of March already planned with posts for things I made in January! I’m a little backed up!

My only make for February was my coat – but I knew that would be the case, and I actually really enjoyed taking my time over a bigger project and learning some new skills to boot. 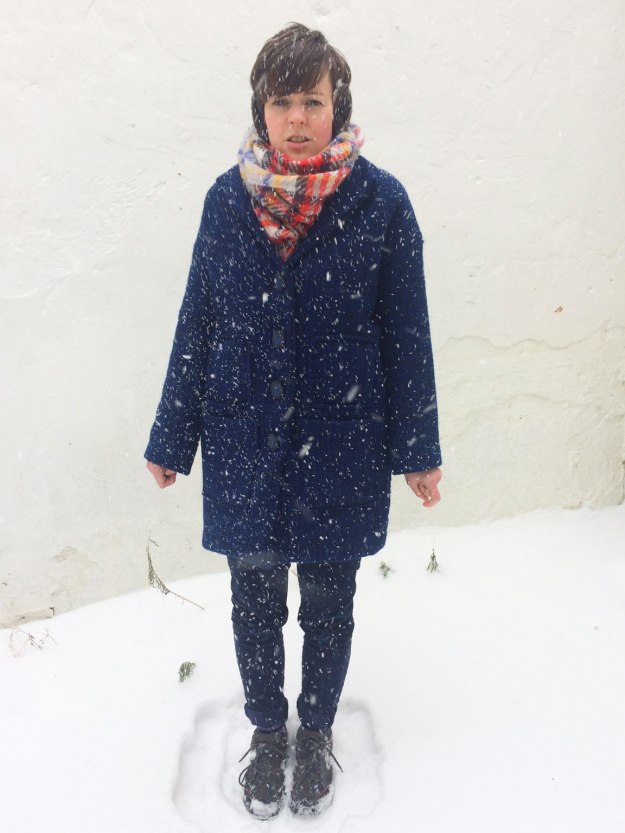 This is just a sneak peek – I thought it would be a good idea to take advantage of the apocalyptic snow we had last week to take some nice Wintery photos……maybe it would have been a better idea to have waiting until it had actually STOPPED snowing!? I do have better photos for my forthcoming post about my adventures in coat-making, I promise!

I’ve got this lovely cotton/linen blend (I think) from the Great British Sewing Bee Live. My only questions is: which version do I make? I’m tempted by the cropped version, but with the proper collar. Or I could make the dress version – I don’t actually have any shirt dresses, though I do have a lot of other dresses so it feels like I’m more in need of separates at the moment.

My other main plan for March is to finally make some Closet Case Patterns Carolyn Pyjamas, which have been on my to-make list for months and months. The pattern is one of my Make Nine so I really need to tackle it this month! I have this slightly ruined liberty fabric, which I bought years and years ago on Goldhawk Road. I carefully pre-washed it……with some other fabrics, one of which was pink and stained everything else. The other fabrics weren’t quite as stained as this one, though, so I thought this would be the perfect practice fabric for the pyjamas because there is 3 metres, it’s still nice quality, and the discolouration won’t matter for pyjamas. 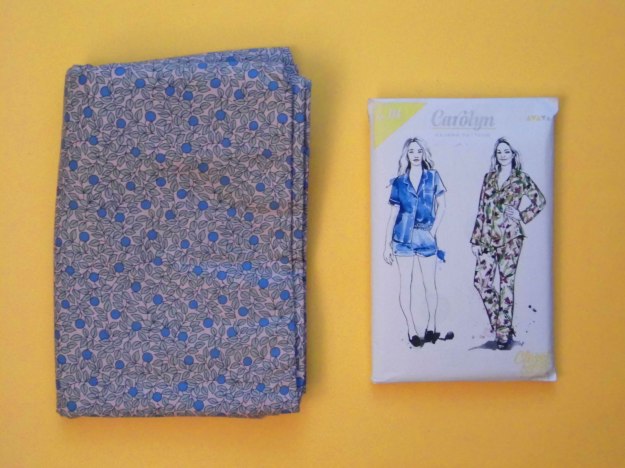 Then when I’ve made the practice version, I’m going to finally cut into this gorgeous boat-y liberty fabric my friend gave me ages ago! I have red and white striped piping already, too, as I want to pipe this pair. I think both versions will be long-sleeved and trousers as our flat is really quite cold and even in the heat wave we had last year, I didn’t really sleep in my Grainline Lakeside Pyjamas which I made the previous year as it didn’t feel super warm indoors, even when it was 34 degrees outside! (For reference I currently have a blanket and a hot water bottle on my lap and it’s not as cold as it was on Thursday/Friday last week!).

I think this should be enough to keep me occupied throughout March. What are your plans for the next month or two please?