When I was thinking of making my suit for the Sewcialite Soiree, Nina Lee mentioned that she was releasing a jacket pattern. It was released later than made it possible for using it for that jacket, but I snapped it up as soon as she did release the Richmond, so that I could make a copy of this jacket Claire Foy wore. 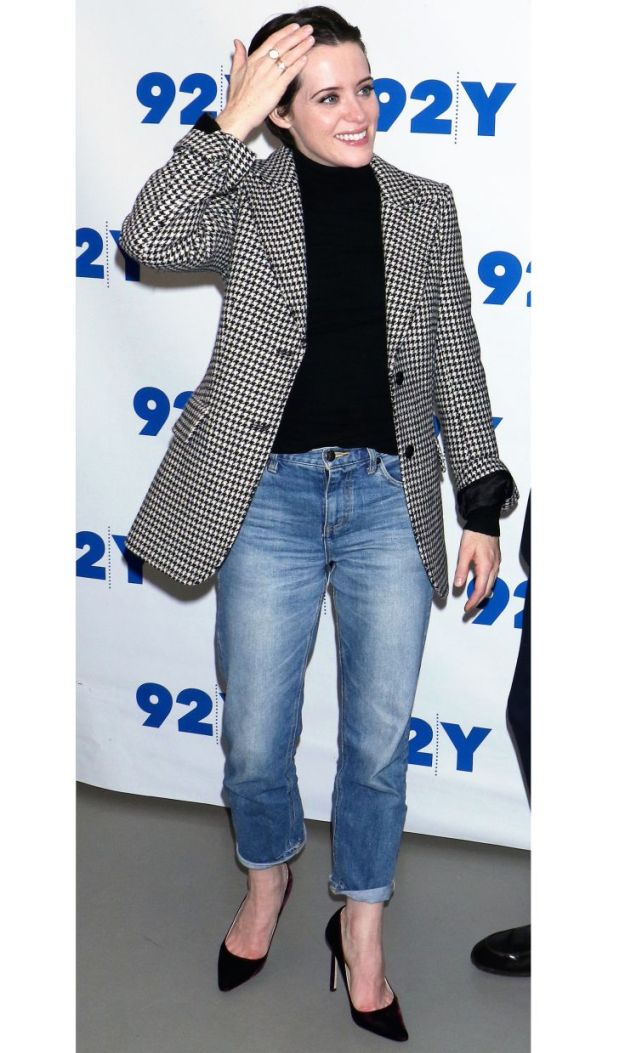 I was on the lookout for the right fabric for ages. I eventually settled on this fabric from Minerva Crafts. I also bought the lining from Minerva. The scale of the houndstooth is obviously smaller than on Claire’s jacket but it still kind of works. The fabric is super synthetic, though, so I probably wouldn’t really recommend it to anyone else as it’s difficult to iron into shape.

I made the size 8 and didn’t make any fitting changes as it’s drafted to be a relatively loose fit. The sleeves are a little tighter than I anticipated, though, so I definitely wouldn’t get a thick jumper underneath – not that I was planning on that anyway. 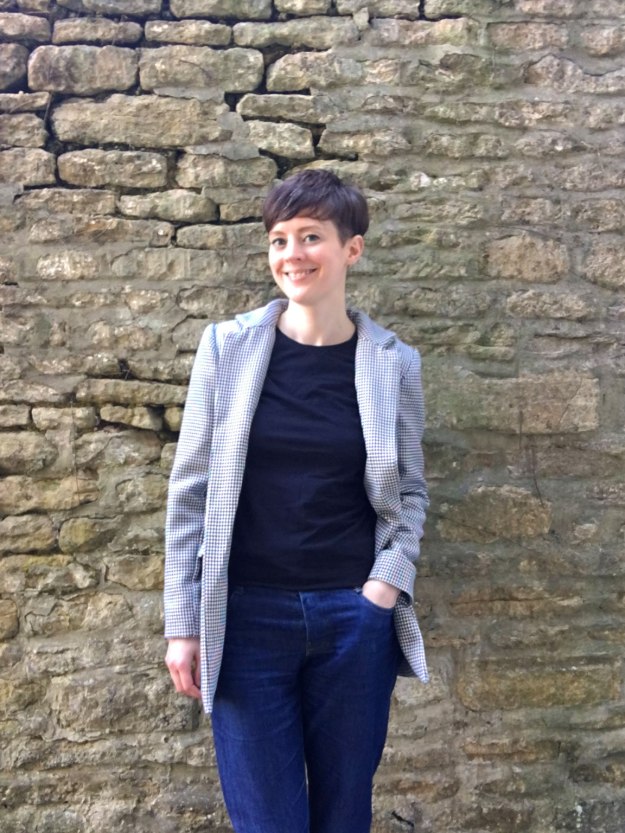 The pattern has 2 welt pockets, with pocket flaps and the instructions were really clear – so if you’ve ever struggled with this before, you won’t struggle with this pattern. 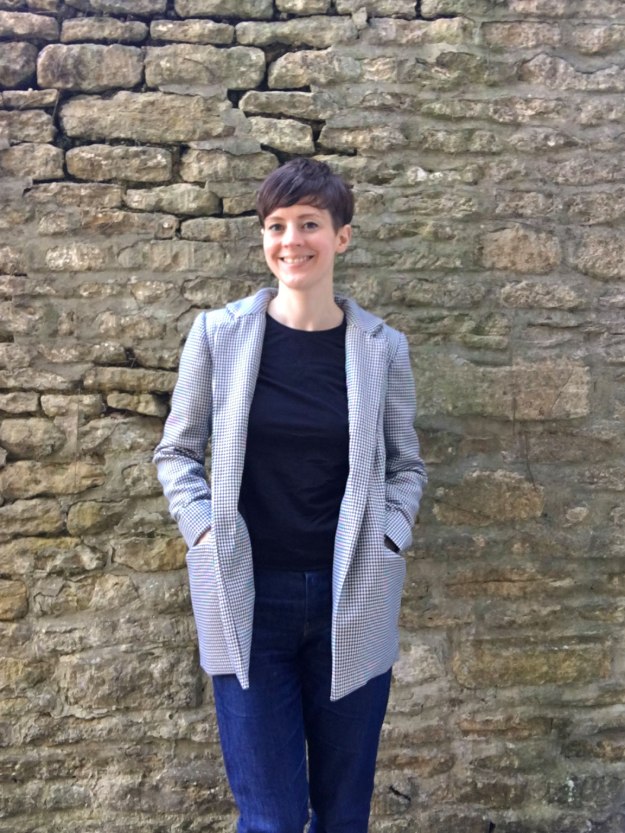 I think if I made another jacket, I would use this pattern rather than the Joe Blazer (which I made for the suit) as I prefer the way it fits. I also made the super wide lapels, which I liked for the suit, but I think I like the lapels on the Richmond better. 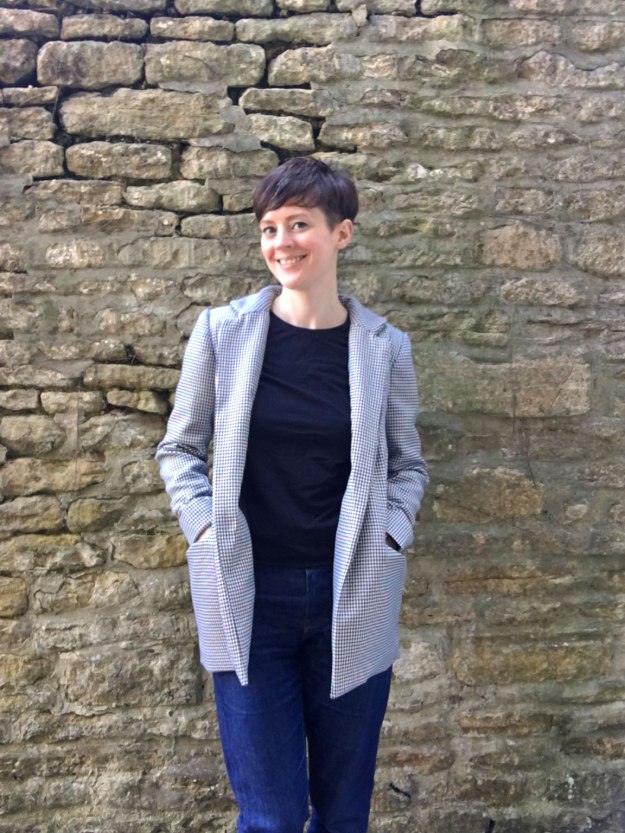 It doesn’t look like it, but I have pressed all the seams and the collar but it doesn’t really look like it – this is because of the super synthetic fabric.

I didn’t bother adding buttons or buttonholes as I figured I wouldn’t wear it done up. I might change my mind once I start wearing it though. I think I’d go for black buttons like in the inspiration pic.

I thought about putting some shoulder pads into this jacket to add a bit more structure but the fabric is quite drapey and it’s meant to be a slouchy fit so I decided against it. I do kinda want to make a proper tailored jacket with shoulder pads and stuff one day though.

I’m hoping to get a lot of wear out of this jacket once Spring finally arrives, as an alternative to a jumper or cardigan.

Sewing another jacket has also made me kinda want to make another suit…..

Have you made a jacket/blazer?