Well this little blog has been rather neglected recently, hey!?

And now I’m updating during a very weird time in the world, and in the UK specifically. We were officially placed in lockdown last night because of the Coronavirus, which was the right thing to do to hopefully mean that the NHS isn’t overwhelmed and as many people survive the illness as possible.

I have definitely been struggling with heavy anxiety as the situation has worsened but I’m glad that I have sewing and music, both hobbies which bring me joy and calmness (most of the time, when I don’t have to unpick too much!), and which I can do still at home while in isolation.

But that’s enough about that – I’m sure we’re all a bit fed up with thinking and talking about it – so here is some sewing I did back in October! I have a bit of a backlog as you can imagine after 6 months of not posting!

Here I present 2 Elliot Sweaters which I love! The pattern is, of course, by Helen’s Closet. I was a bit torn between this pattern and Tilly and the Buttons’ Nora pattern and I feel like they came out at about the same time, but I went for the Elliot in the end as I like the roll neck better. Though I think I may have to cave and get Nora too as I’ve got some knits in my stash which I think would look good in the more slouchy style. 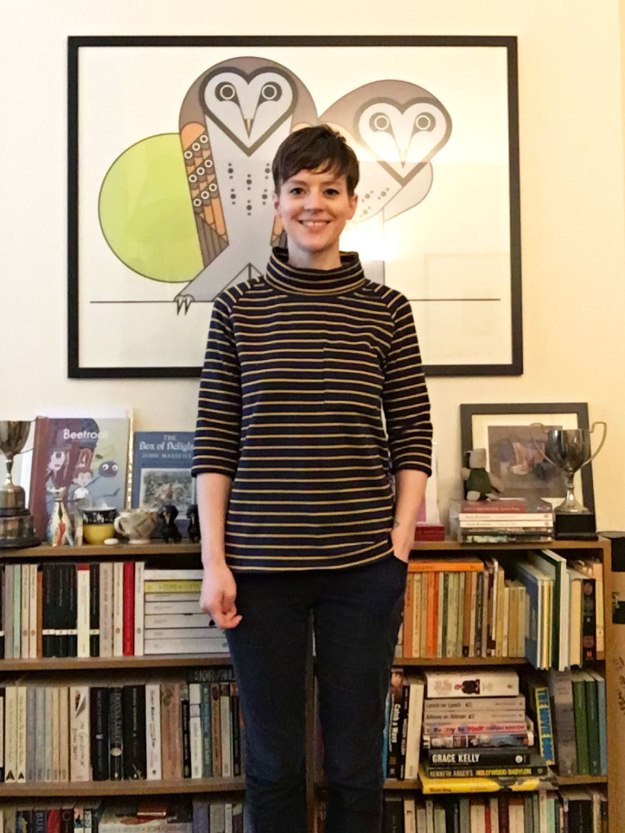 I have worn both of these tops so much since I finished them in October! I work in a bookshop, where we have to have the doors open and I really really feel the cold so I have been layering them up with thermal tops underneath and thick cardigans in the top. I’m looking forward to spring (if we’re allowed outside by then) when I can hopefully wear them on their own – especially as I like the sleeve length and it gets hidden under cardis! 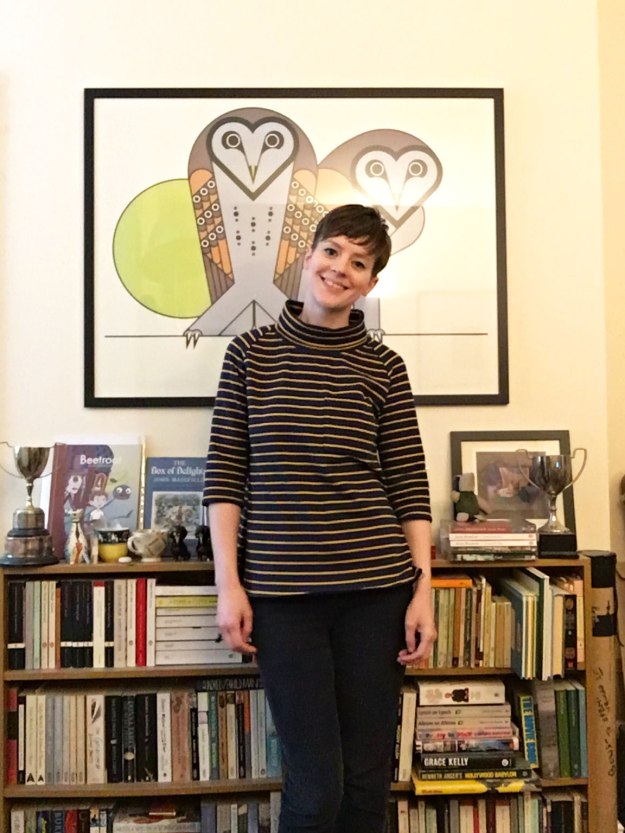 The pattern is super easy to put together so I’d definitely recommend it for a knits noob.

I especially love how the hem dips down lower at the back – though I should have done a slightly deeper hem all the way around as this fabric rolls out like crazy so you can basically always see the overlocked edge on the outside. Sigh. 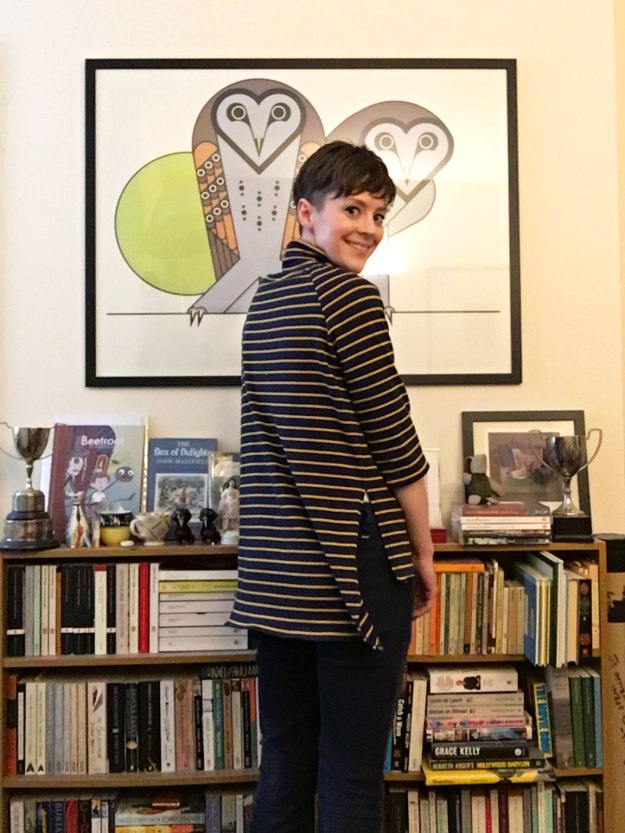 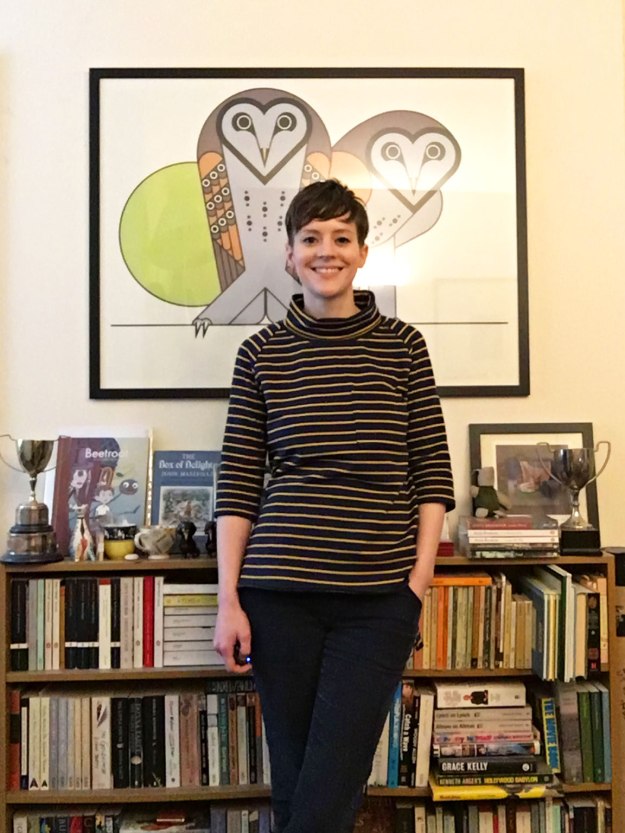 The only tweak I made to the pattern was to add a little pocket to each one. I can’t now remember which pattern I stoke the pocket from – maybe the archer shirt – but you can use any breast pocket pattern. 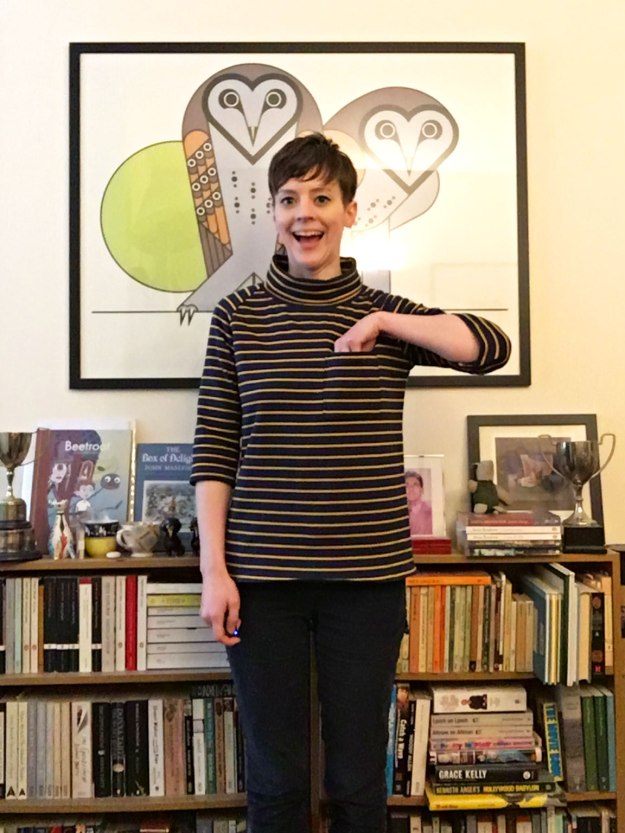 I matched the stripes on the pockets so that they would kind of blend in. When I first got the fabric – which I think was from Material Girl Laura – I thought about using the navy fabric as the pocket on the mustard top and vice versa, but I decided against that in the end as it would have made too much of a focus out of the pockets, and that wasn’t really the look I was going for.

I made both tops in the size small and I like the fit over all. I could maybe have gone up a size to get a more slouchy fit, which I might do if I make the pattern again. 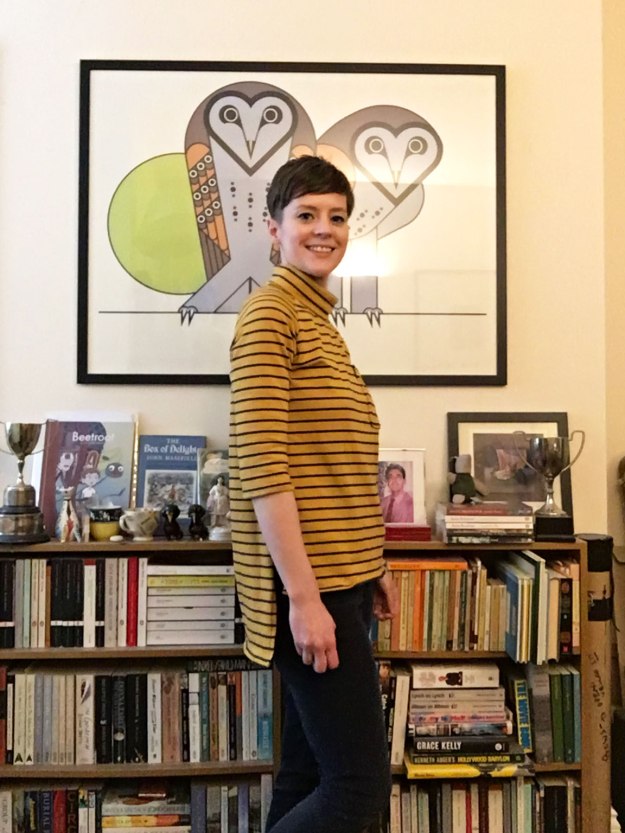 I especially love the mustard colour of this version. If you’ve been reading my blog for a while, you’ll know how much I love mustard yellow!

I managed to mostly pattern match the side seams, which I measured from the armpits as the hems are obviously at different lengths. Because of the raglan sleeves, it’s impossible to match all the strips but I really don’t think anyone would notice that the stripes aren’t perfectly matched everywhere!

I am hoping to get a bunch of isolation sewing done – maybe I’ll finally catch up on my backlog of projects I want to make!? Are you planning to sew all the things too?