Since I’ve been sewing for a while I’ve decided to try to challenge myself to expand my skills and to sew garments and with fabrics that are outside of my comfort zone. And so was born my idea for the Hundred Years Wardrobe Project.

I’m going to sew one thing from each decade of the 20th Century. There is no time limit for this as I want it to be a fun exercise and deadlines are often where stress lies for me.

I’m going to also try to do some posts about my research for each decade and share some of my inspiration. A while ago I did write some posts about fashion history but I ran out of steam with them – hopefully with a garment to relate the history to I will have more to say and more to share. Some of the makes will be inspired by fashion and some will be from films – either made at the time or set in the past.

I would love it if anyone else wants to join in with this project – I’m calling it a project rather than a challenge as there is no deadline and there will be no prizes, just the pride in having made something cool!

Spoiler alert: I already have my first make made and ready to blog soon!

I’ve just started watching Miss Fisher’s Murder Mysteries again – I think this is the third time (at least) that I’ve watched it. If you haven’t seen it, I urge you to watch it – it’s on Netflix in the UK and probably other countries too. If you like a cosy crime show like Poirot then you’ll love Miss Fisher. And her clothes are amazing! There’s a great article on Vanity Fair that says the costume designer tries to be as authentic as possible by using fabrics that would have been around in the 20s and pattern cutting that was actually used at the time, such as using panels instead of darts.

As well as amazing clothes, Miss Fisher has an excellent line in hats.

This voile coat with, I think, embroidered panels is amazing! I kind of want to recreate it.

This dress was made for dancing in – which is lucky because that’s what she does in it!

Her nightwear is particularly elegant – I think I definitely need a silk robe in my life. My current dressing gown is the one I made as part of my Doc Brown costume – nowhere near as glamourous!

I remember reading an article a while ago where the costumer designer, Marion Boyce, lobbied for a tennis episode as tennis was a huge sport an an influence on fashion in the 20s and she finally got her way in (I think) series 3. Word of warning, though, this episode features a rather nasty spider!

Yellow and white is a great combo – you probably know by now how much I love yellow and maybe for the Summer I’ll find some white things too and sort of copy this look. 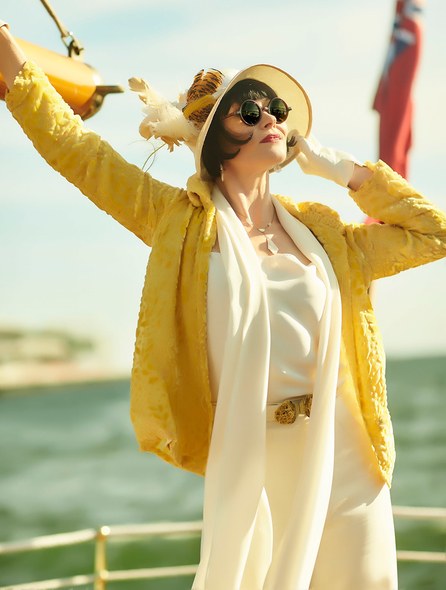 This velvet coat is amazing! 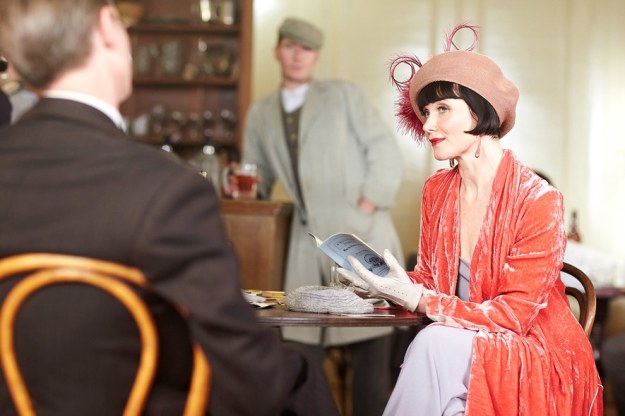 I also really like the character of Dr Mac who shows another side to 20s fashion – the acceptance of queer identity and gender bending dressing. I’ve seen some documentaries on tv (though I can’t remember exactly which ones) which mention that the 20s were much more a time of ‘anything goes’ than any other decade in the first half of the 20th century. She also has excellent hats. 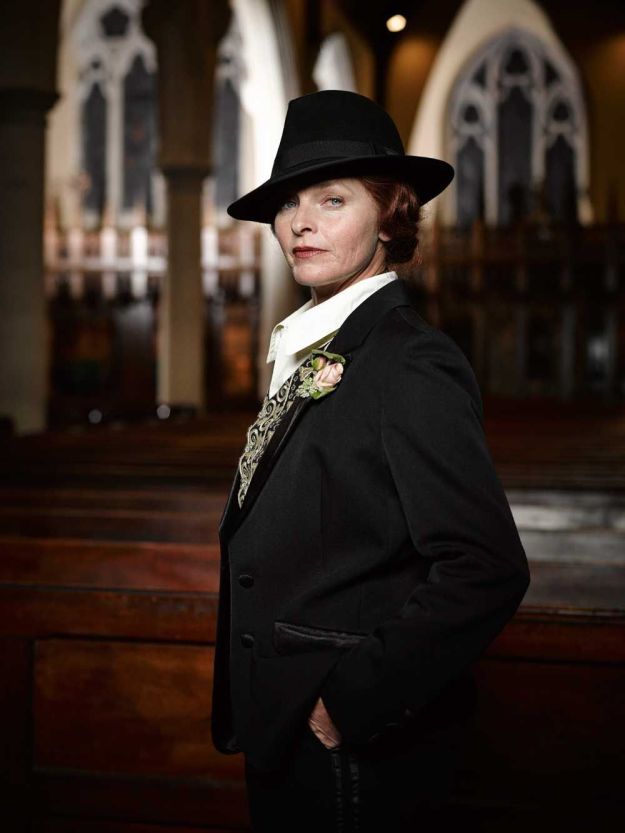 I’ll leave you with this picture of Jack in a wet bathing suit because of reasons.

Have you watched Miss Fisher yet? Are you tempted to, if only for the beautiful costumes?