If you don’t want to see multiple versions of the same pattern, you’ve come to the wrong blog! This is the first of 4 pairs of Arden pants I’ve made this Summer and this black pair is my fifth pair I’ve made up to this point! I made 2 pairs from double gauze and 2 pairs of sweatpants, using Helen’s Closet’s hack tutorial.

After wearing the navy and mustard double gauze versions loads during the lovely hot weather we were having in the UK and realised I could do with a black pair to go with more things in my wardrobe – I know it’s boring, but most of my clothes go with black if not navy!

The fabric is a linen and cotton blend – I was going to get just linen, but I thought with some cotton mixed in they might crease a bit less when worn, not that I have a particular problem with creasing. It was also a little cheaper than the 100% linen. It was from the local sewing shop near where my sister lives, which is surprisingly great for such a tiny town in south Lincolnshire! It has lots of great garment fabrics (as well as some quilting cottons) and a good range of indie patterns.

As with my other pairs, I made the size 6 with no adjustments. I really do like how quickly this pattern comes together – I like a more involved project sometimes, but not having to do a fly is also bliss!

I finished these trousers last month and they’ve already got quite a lot of wear – I definitely crave looser clothes in hot weather, it’s way too constricting to be wearing jeans!

Do you make multiple versions of patterns when you find one you like? I definitely do – often I’ve made patterns in pairs in the past, but I also have some patterns I go back to more often than others, like shirt patterns and the dawn jeans!

I know I’ve probably said this countless times before, but this is for sure one of my favourite makes! 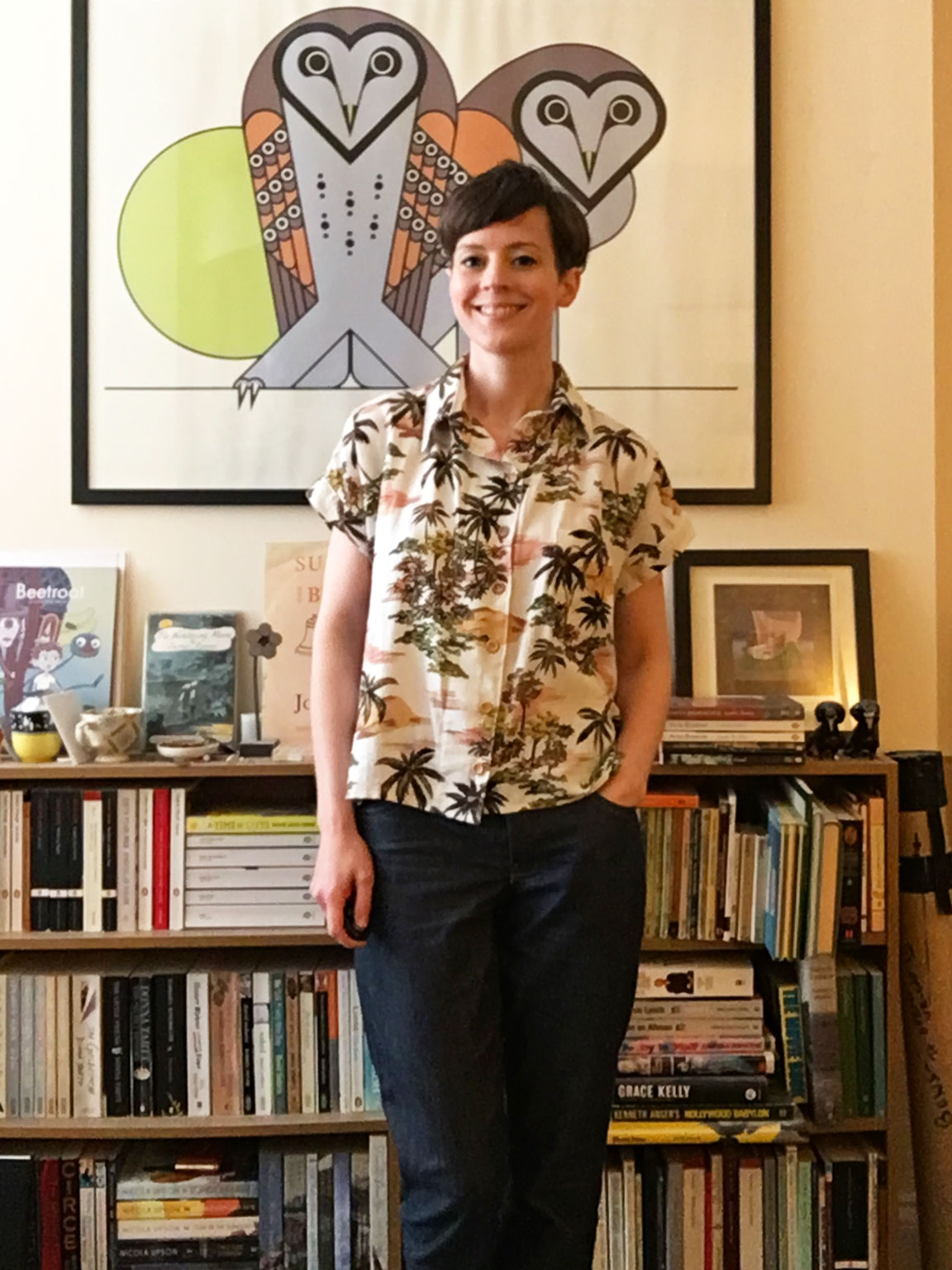 The fabric is from Sister Mintaka – she was talking on her stories about whether or not to stock this fabric and I said words to the effect of ‘OMG you have to so I can make a Hawaiian style shirt!’. And luckily she did decide to order it so I snapped up a couple of metres of it.

The pattern is the Kalle shirt from Closet Case Patterns. I made a cropped version last year and I absolutely love it but for some reason I hadn’t got around to making any others until this Summer (I do have 2 or 3 more cut out and ready to sew too).

I made the size 6, as I did last time and I used the cropped version as a starting point, but lengthened the front to be basically the same length as the back and I gave both the front and back a straight hem rather than the curved one on the original. 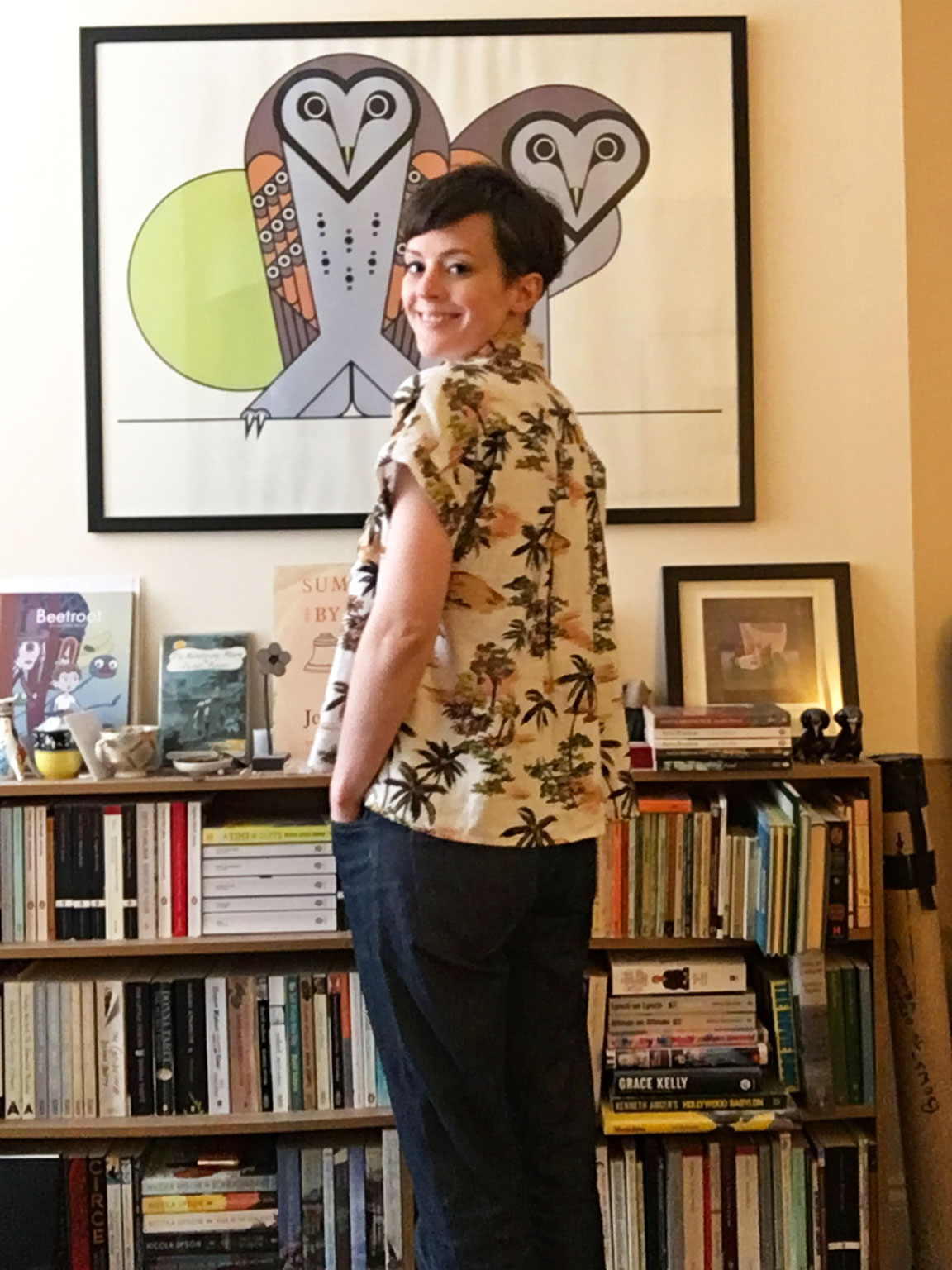 I still love the huge pleat in the back of this pattern!

I spent way longer than I would like to admit making sure that the pattern matched across the front and I messed it up a bit! I don’t know how, but my calculations were slightly off so the button band is twice as wide as it should be to make it match as I didn’t have enough fabric left to recut one of the fronts, which I think I would have had to do to get it to match properly. This is definitely the most complicated pattern matching I’ve every tried – stripes are usually my limit! But it was an interesting challenge.

The best part of pattern matching I did (IMHO 😂) is the invisible pocket – can you spot it in the photo above?

Because of the button band fuckery the collar doesn’t sit quite right, but I don’t think it’s really noticeable to anyone else as long as I don’t do it up right to the top.

I love the buttons too – they were from my local sewing shop and I think they work quite well. I thought about doing the hidden placket version, but I thought pattern matching across the front would have been impossible if I had tried!

I’m quite sad now that the weather has turned cold because I probably won’t get much wear out of this until next Summer. I did manage to wear it a few times over the Summer (I made it in August 😳) and I got quite a few compliments – and my favourite, someone asking where I got it from and me being able to say ‘I made it’ while feeling pretty smug that it means I have a one-of-a-kind garment!

I’ll leave you with some outtakes – even with a remote and taking the photos myself I still end up with some gems!

This is my resting face – I don’t know if I look really pissed off or really sad – probably a combination of both!