The Boyfriend and I plan all our meals every 2 weeks, then do a big internet shop twice a month. We used to just buy a bunch of food and then every morning we would have the ‘what are we going to have for dinner’ conversation and it was very boring and meant we had the same few things over and over again. And also that some food went off before we used it. So then we decided to plan the meals so we could buy exactly what we needed and would only have to think about it for an hour every 2 weeks. Recently, though, even this has been feeling like too much of a chore.

So I stole an idea from my sister (thanks Phoebe!). I made a meal planner that we can stick on the wall and will also act as the shopping list! 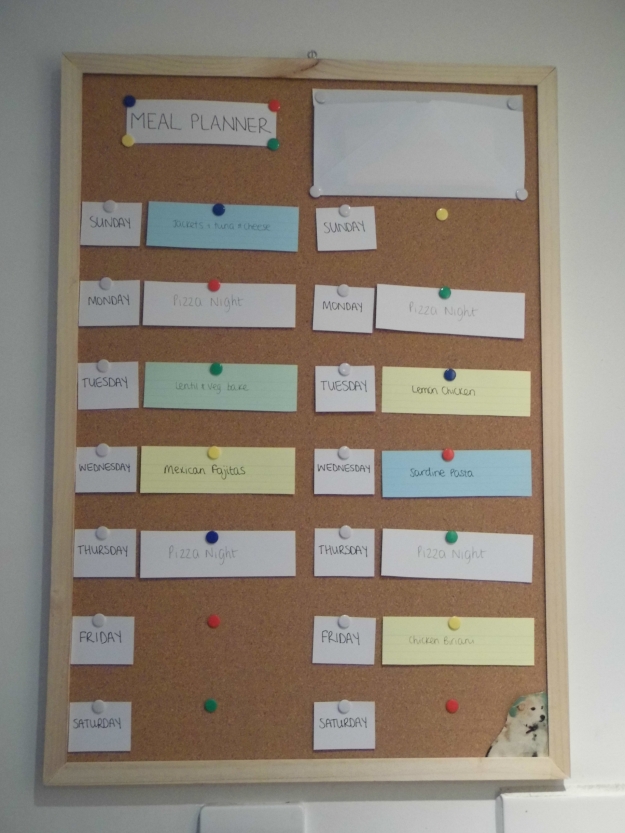 (see the little friend we’ve added in the corner!?)

I wrote out each of the meals we make regularly – this used to be a scrappy piece of paper which we’d gradually added new meals to and crossed out ones we’d tried that weren’t good. I bought some coloured record cards so I could colour-code the type of meal – I used yellow for poultry, green for vegetarian, blue for fish and red for meat (meaning sausages, beef and pork).

There are a lot of meat ones! – we do have quite a few meals with sausages, so I think that’s why. 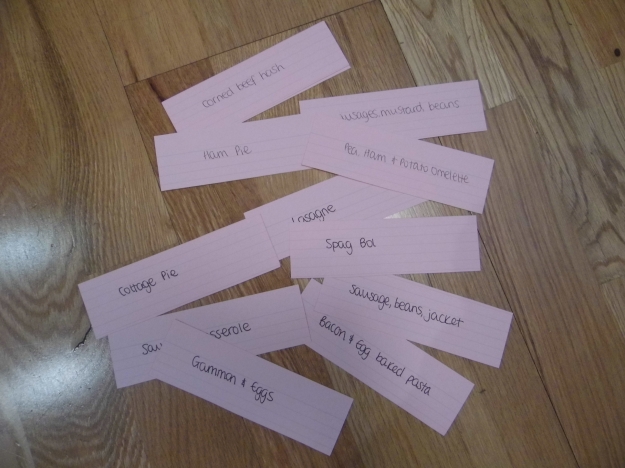 Not so many vegetarian ones – we are trying to add to our veggie repertoire as we feel we do eat too much meat. Plus meat is expensive! If anyone has any good veggie recipes, do let me know 🙂 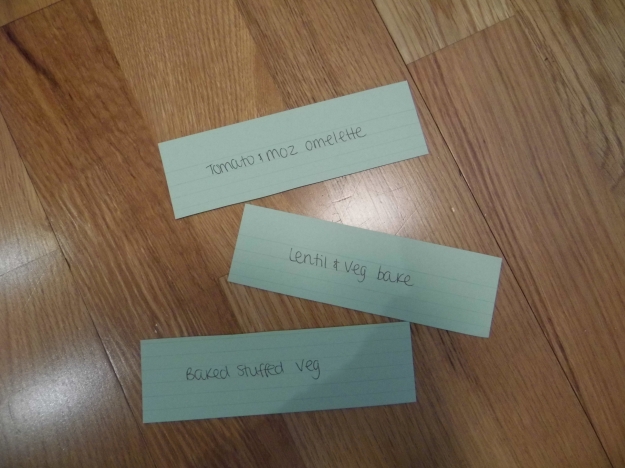 Lots of chicken – I say poultry but really I mean chicken! 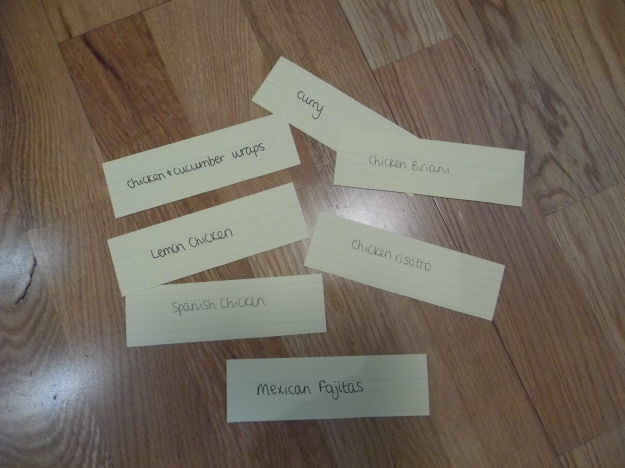 And here are the fish ones – I was surprised there was as many fish ones as fish is reeeeaaaaly expensive, but this does include tins of tuna. 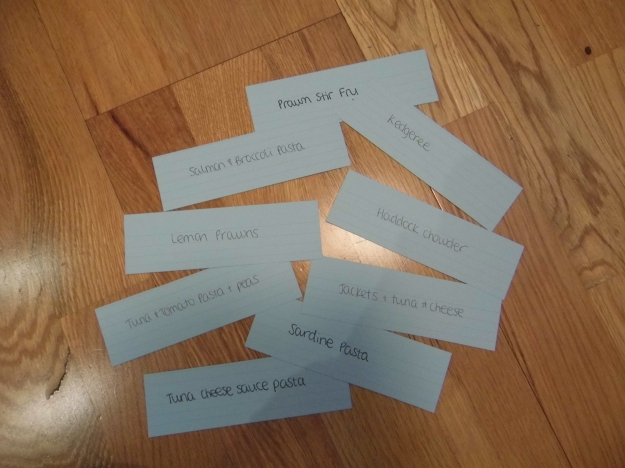 I bought a cheap cork board from Tiger and used some white record cards I already had to make the days of the week for the 2 weeks. And I pinned an envelope with the flap cut off to the top to store the cards we’re not using. 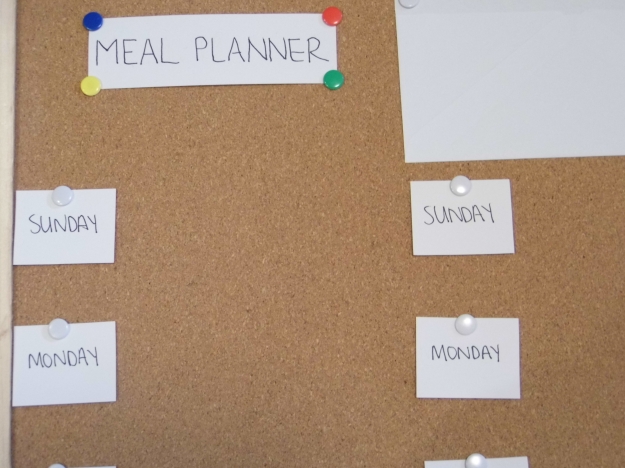 My real stroke of genius, though (if I say so myself) was to write the ingredients needed for each meal on the back of the cards, so we can plan the meals for the 2 weeks…….. 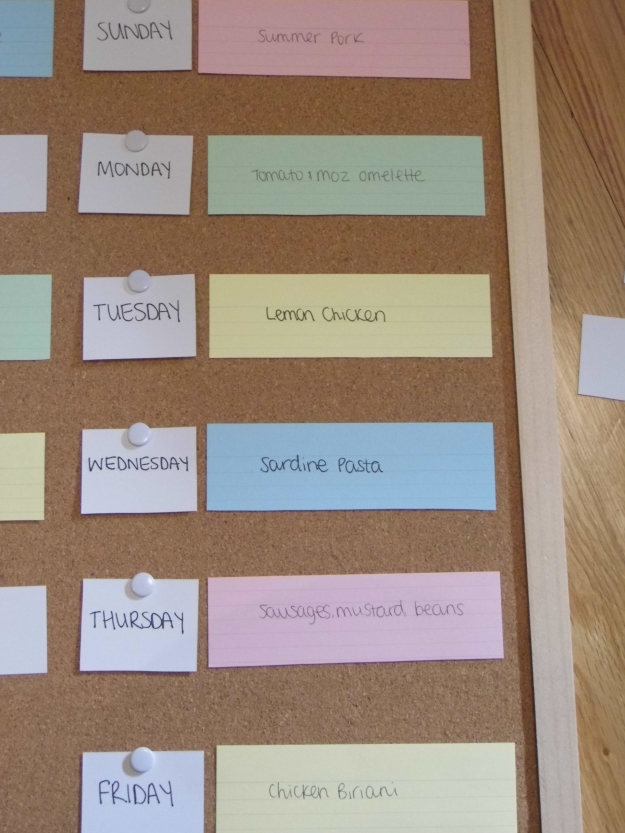 …….then turn the cards over and you’ve got your shopping list! 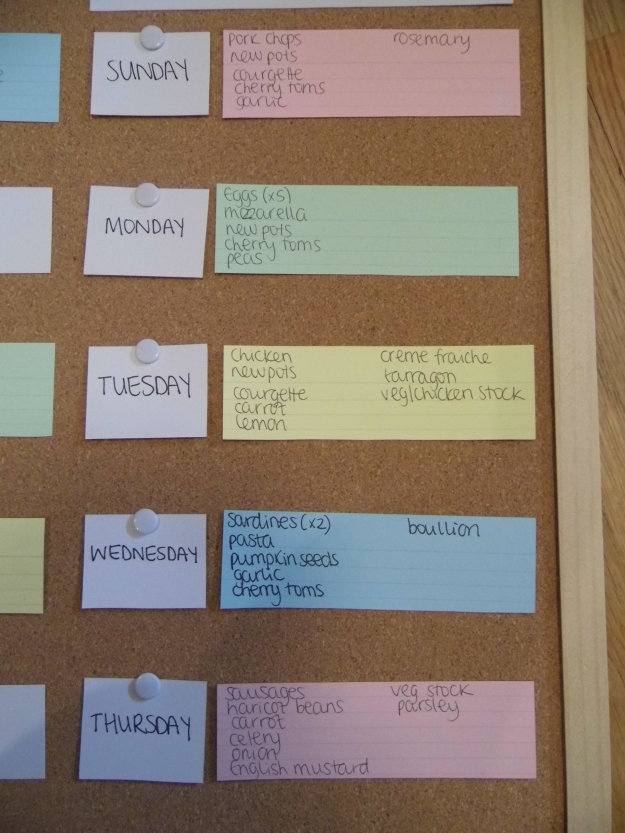 This makes both planning the meals and then doing the internet shop way less painful! And it cost me under £10. 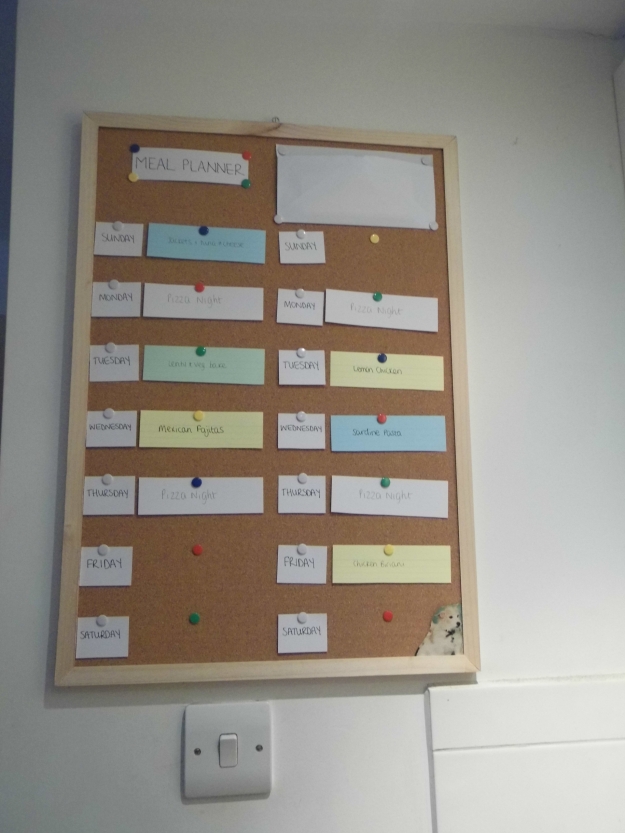 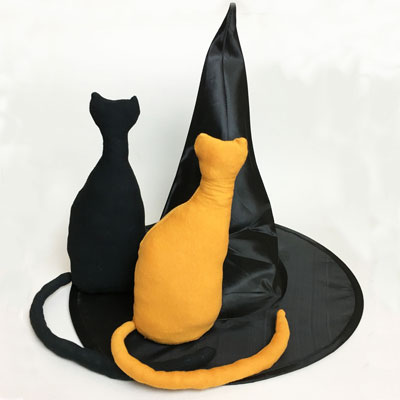