March turned out to not be that productive a month for me sewing-wise, but I knew that would probably be the case as I was away 3 out of the last 4 weekends, and I do most of my sewing at the weekend. This also meant I didn’t really have anything finished to blog, hence the little break from blogging.

I did manage to make my toaster sweater, which has already got a lot of wear, so I think there are more of these in my future!

I mostly made the Simplicity 1696 trousers I’ve been planning since October……which is 6 months ago! I’ll hopefully finish them this weekend, then I’ll do a full post about all the fit adjustments I’ve done/will have to do. I’ve got to properly sew the leg seams (they’re just basted), add the waistband lining and hem them. Hopefully! 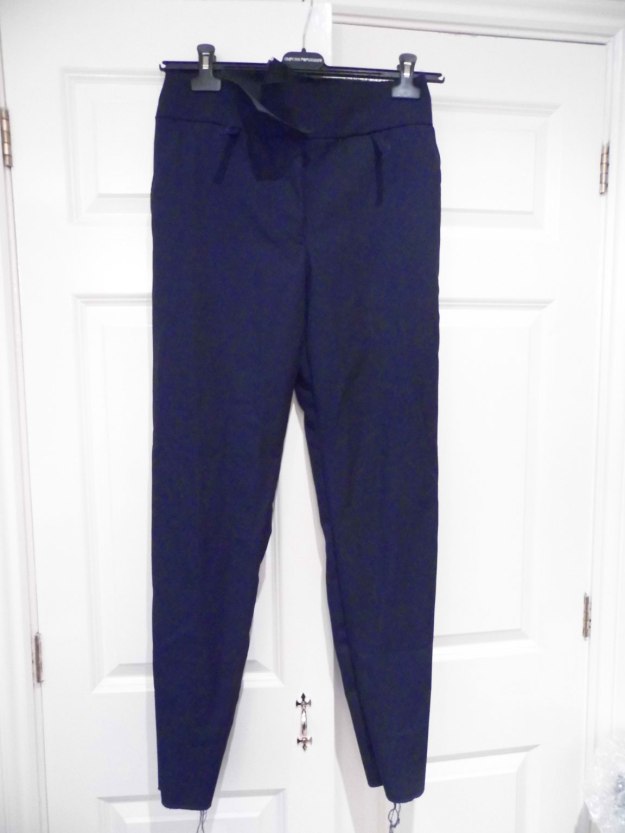 I also make a present for my niece’s second birthday, but I’ll save that for my full post at some point in the future.

I don’t think that’s too bad considering I was so busy and therefore tired! I’m definitely finding that I am happy to not have evening or weekend plans 95% of the time, and if I have to do stuff more often than that I get knackered!

So now onto my plans for April (which we’re almost a week into!). I’m hopeful of making a few things because I have next week off work and although I will go out and about a bit, I’m hoping to sew at least a bit on most of the days.

The first thing I’m hoping to make is some Carolyn Pyjamas out of this amazing boaty liberty fabric which one of my friends gave me a couple of weeks ago when I was in London. I love it! And the pattern is one of my #2017MakeNine. I’m thinking to add some red piping – although someone on instagram suggested I do white piping, which I think will also look good. Which do you think I should do? There are 3 metres, so I think it will be enough for a pair of pjs, though I may do short sleeves with long trousers if there isn’t enough for long sleeves. 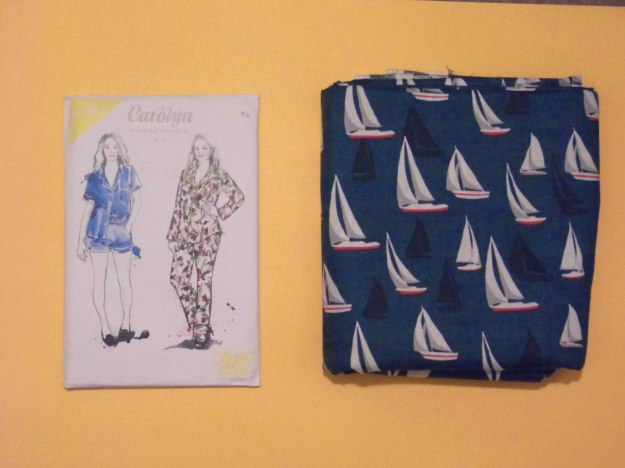 My next must-make is what I hope will be a good Spring garment; a stripey Marianne Dress. This is a pattern I’ve had in my stash for ages, and I don’t know why I’ve not yet gotten around to making it! This is partly why I added it to my #2017MakeNine. I bought this navy scribble striped fabric after seeing it on Rosabella’s youtube channel. I’m sometimes wary of ordering fabric online but because she said it was good quality, I thought it safe to give it a go and it does feel nice. I hope it sews up well! I’m thinking I’ll make the shirt-sleeved version but without the collar and without colour-blocking, though I may change my mind! Any thoughts? 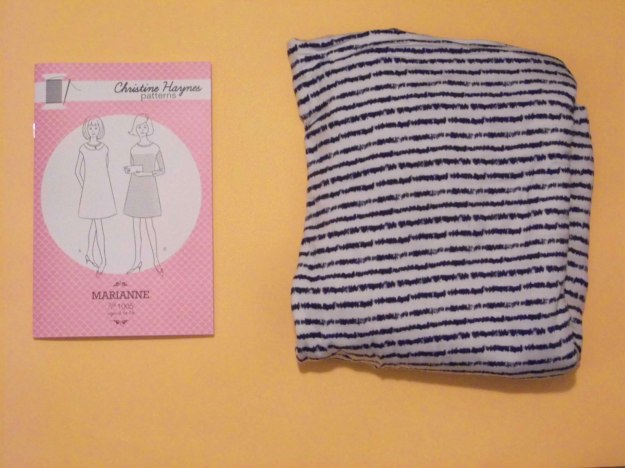 My third hopefully definite make is my denim Moss Skirt. I cut it out a while ago, and having made one already for my sister, I feel sort of confident that I can make it without too many places where I get stuck! 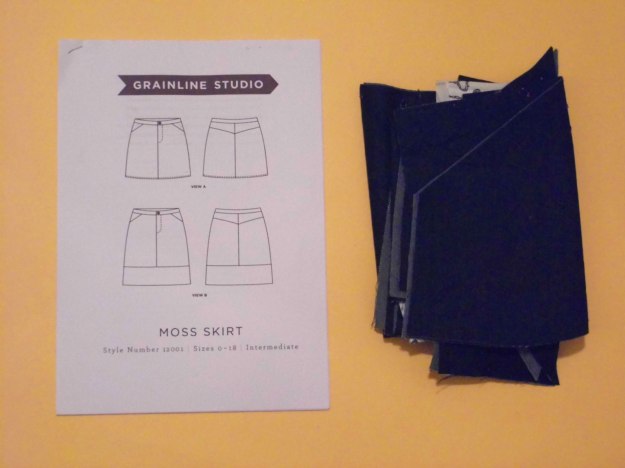 Of course, this is already a pretty ambitious bunch of projects, but I’m hoping to make a start on some jeans finally. Both of Closet Case Patterns’ jeans patterns are also on my #2017MakeNine so I want to tick off one or two this month! I’m going fabric shopping in Birmingham on Saturday this week and one of my main aims is to get some denim for one or both pairs. 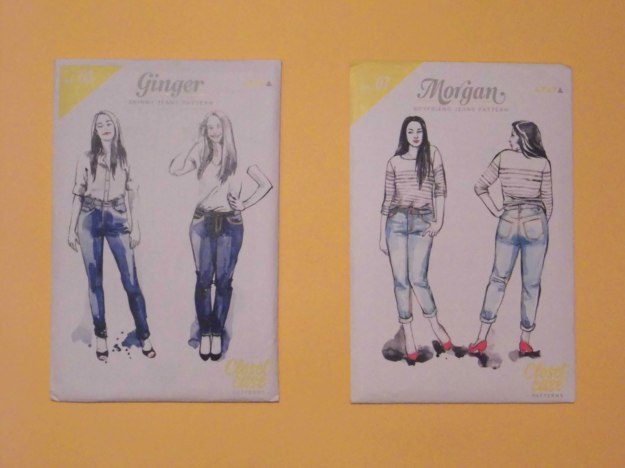 If I get time after all of this (which seems really unlikely!) I want to have a go at the Bellatrix Blazer from Papercut Patterns. I bought this last month as I wanted a slightly more fitted jacket pattern than the By Hand London Victoria Blazer which I’ve made 3 times (1,2,3), as I feel more put-together at work in a blazer. 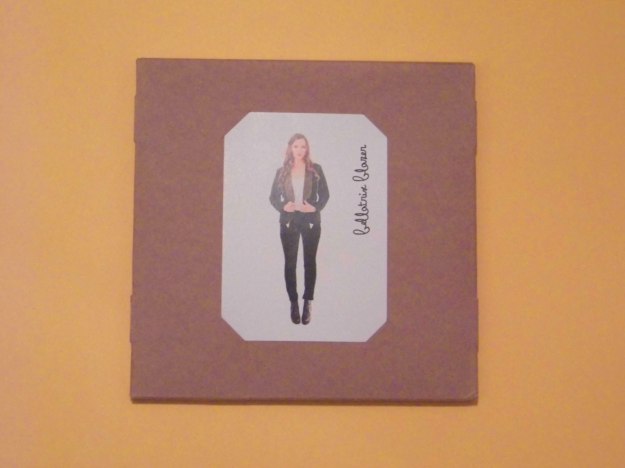 I’m also considering going to the Dressmakers’ Ball, which is on 12th May, so it might be that half of these plans go out of the window in favour of making a gown of some kind! I’m tempted to go just because when do you get the chance to make and wear a gown!? Are you going to the ball? Have you already started your dress?

It seems like whenever a pattern goes a bit viral amongst bloggers and on instagram, I’m at least a month (if not longer) behind! So here is my Toaster Sweater. I’m sure you’ve heard of the pattern, but it’s from SewHouse7 and there are 2 versions of the Toaster Sweater – I made version 2. And I really like it.

It’s maybe a tiny bit short to wear with these jeans, so if I make it again I might lengthen it by an inch or two so the top I’ve got underneath doesn’t show so much when I move around! 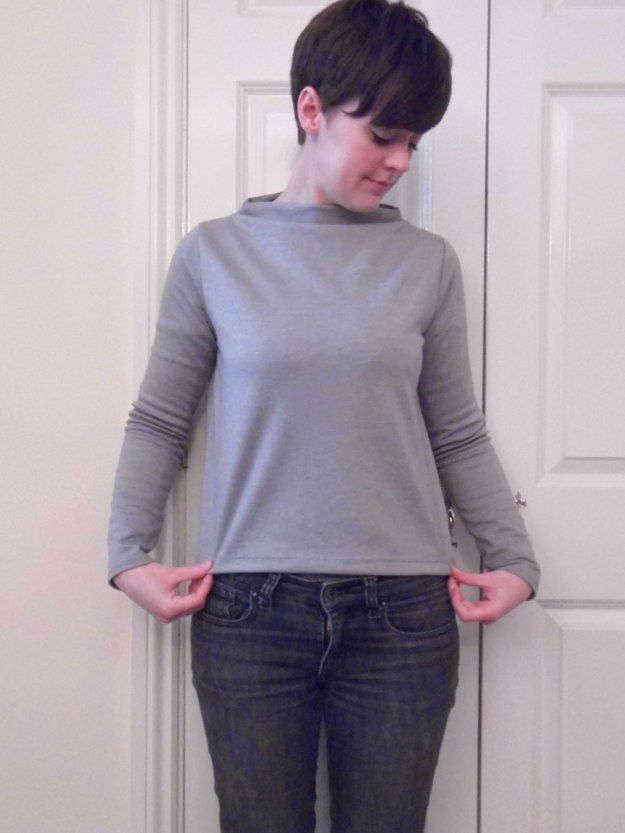 I do like the funnel neck detail, though I’m not sure it’s supposed to sit exactly like this, but it doesn’t feel strangle-y so I don’t mind it.

The fabric is a lovely silver ponte roma from my local sewing shop, Sew ‘N’ Sew. It has a slightly ribbed texture, which is really nice. I also really like how the sleeves fit – they’re a bit wrinkled here because I’d been wearing it for a whole day.

But it does seem to give me a hunchback! Not sure why. I don’t have great posture, but I do stand up straight in my blog photos.

One of my favourite details of this pattern is the topstitching around the slits on the side seams. And I love how the back is slightly longer than the front.

And the corners of the hem look so lovely on the inside because the instructions tell you how to make them perfectly mitred.

This is also the first main thing I’ve made where I’ve used my overlocker to neaten the edges – I’m not quite at a skill level to feel comfortable sewing the seams on it too, especially with a new pattern. And I did have to unpick a couple of bits, so I’m glad I was unpicking sewing machine stitching and not overlocker stitching! 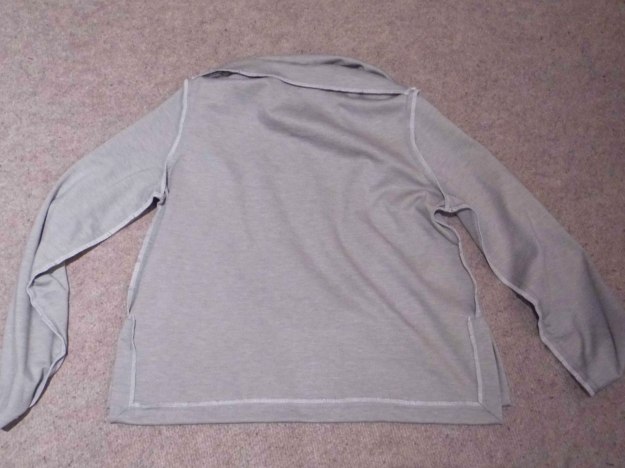 Am I the last person to make this pattern?