Recently I’ve been thinking about the waste I create through my sewing – I think I’ve mentioned it on here before. One way I’ve decided I can reduce the environmental impact of my sewing is to use up all the scraps I collect. I keep all scraps of fabric from basically everything I’ve made. I took some of the larger pieces of fabric I knew I wasn’t going to use to the fabric and pattern swap at the Great British Sewing Bee Live but I still had a small bin bag (swing bin liner I think it’s called) full of all kinds of scraps. I’m hopefully going to share some ways on here that I am endeavouring to use up said scraps – though I suspect I’ll produce more at a greater rate than I’ll use them up.

My first scrap buster is a tailor’s ham and sausage. I’ve been meaning to make these for ages, and it definitely good timing that I finally got around to it since I’m planning to refashion a suit this month!

The patterns I used are free from Victory patterns – you can download the ham here and the sausage here. There is also a great tutorial on Tilly’s blog, if mine isn’t clear enough to follow! 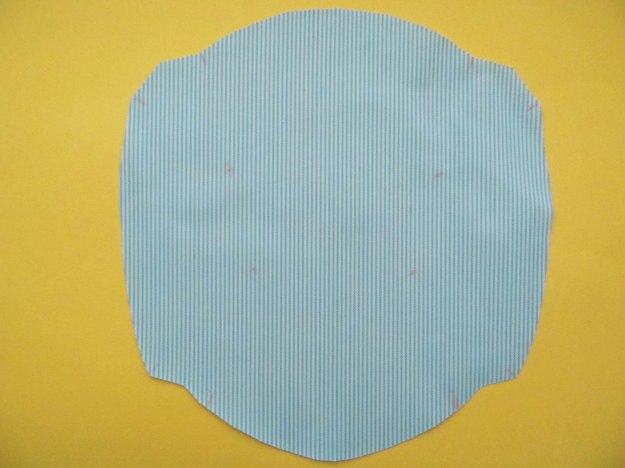 I used some left over cotton twill from an Elisalex dress I made a couple of years ago (which I also made a 1960s coat from) for the top and calico for the bottom. I also did a layer of calico underneath the green stripes. I think to be a proper ham and sausage one side should be wool and the other side cotton.

You can see on the above couple of photos and the below one that there are darts in each corner of each piece. 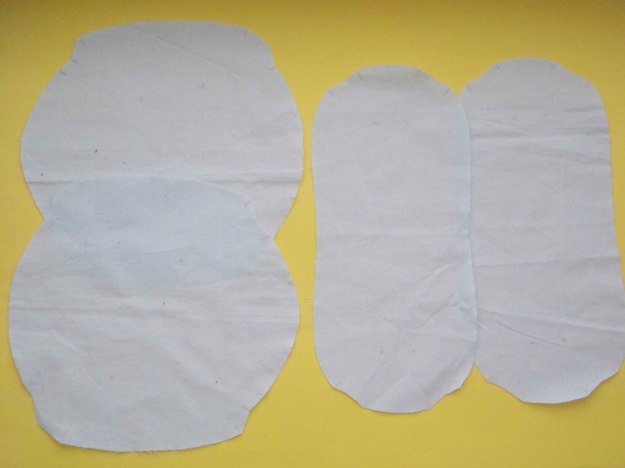 So the first step is to sew all the darts, with the right sides of the fabric facing each other.

You can just about see the stitching here.

Here are the ham pieces with the darts all sewn.

This is what they look like from the right side, with the darts all pressed. 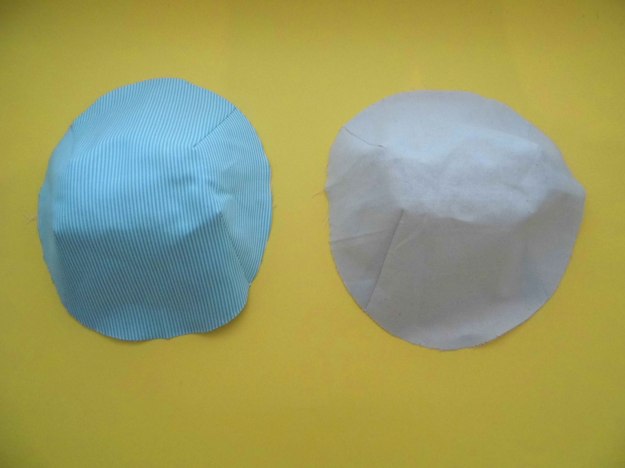 So then you put the 2 halves of the ham (and repeat for the sausage) with right sides together, with one half inside the other half, as below.

Pin most of the way around, making sure to leave a gap to stuff it/them.

This is what it looks like once it’s sewn most of the way around – with the gap for the stuffing to go in. 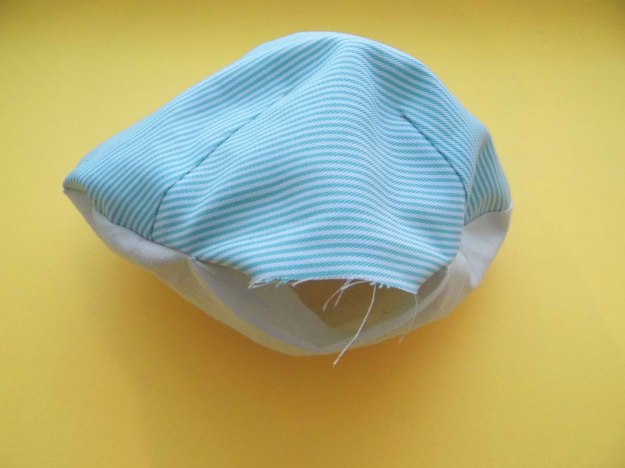 The main way this is a way to use up fabric scraps is that I used scraps as stuffing. I used mostly woven scraps, which were mostly cotton – I figured it shouldn’t be really synthetic fabrics in the stuffing as I thought they might melt if the iron was on a really hot setting. I cut all the scraps into smaller pieces – they ended up as mostly triangles. It took A LOT of fabric to stuff the ham and sausage as they have to be pretty hard once they’re done.

This is what they look like all full and round. 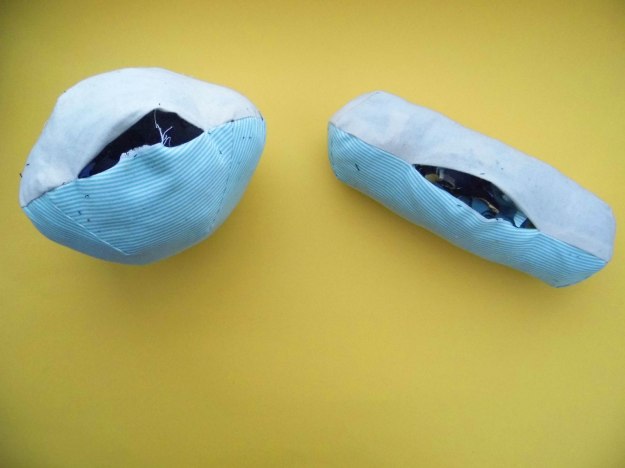 You then need to stitch up the gap, by hand. I made sure to double the thread to make sure it was strong enough to hold all the filling in, without bursting when it’s pressed with an iron.

Ta da! Here they are, all finished and fat and ready for my suit refashion – and for a coat or two when I finally get around to it!

Do you think you’ll use some of your scraps to make a tailor’s ham and sausage? Do you have other ways of using up fabric scraps, which are an inevitable part of sewing clothes?